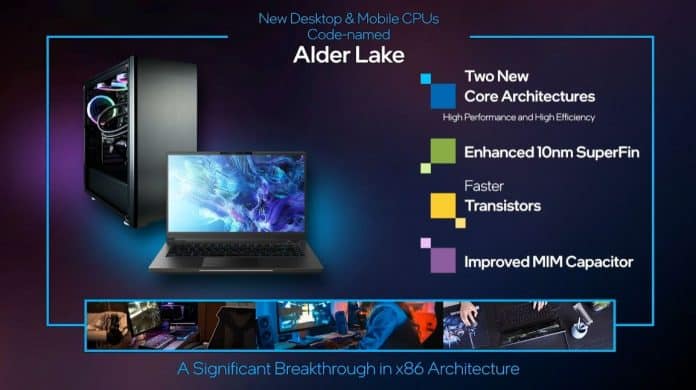 Intel has already announced its 12th Gen Alder Lake processors at the Architecture Day and its upcoming CPUs are leaked heavily with benchmarks. Among them, a new Intel Core i7-12700 processor has also been leaked on Geekbench, although there was trouble reading out the information on the motherboard, however, CPUID string (Family 6 Model 151) helped to match the Alder Lake CPU.

Intrestingly, it seems there will be variants where there could be only Performance cores and no Efficiency cores, like this one. The Intel Core i7-12700, here, with 8-core and 16-thread configuration running at 4789 MHz and a base clock at 2.1 GHz.

It scored 1595 points in the single-core benchmark while scoring a healthy 10170 points in the multi-core. Although, the single-core scores are not very good, its worse than Rocket Lake and even the AMD Ryzen 5000 processors. However, with updates and better boost fruencies, this can get improved at launch obviously.

So, the Intel Core i7-12700 non-K Alder Lake CPU could offer good performance at 65W TDP and can have lower price tags maybe. However, Intel’s 19% IPC uplift with Alder Lake cannot be blown away as this CPU is matching the multi-core performance of an AMD drawing far less power.