“Nailed It! (Season 6)”: All the latest updates about the reality program show 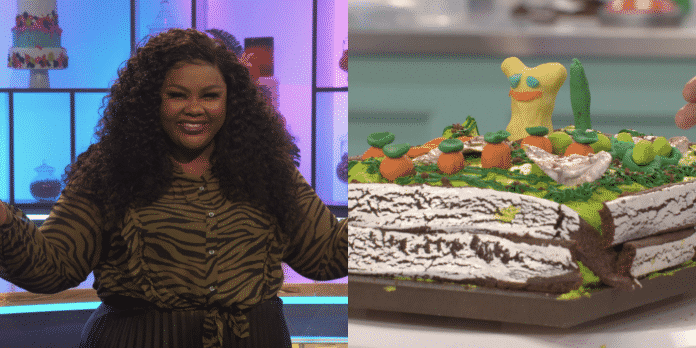 You must keep your oven pre-heat as Nailed It! The Series has set to return for season 6. It is assuming that the amateur baking competition is now ready to make us laugh out loud once again with the competitors who have strived to remake the real dessert masterpieces by using their best abilities.

It is a fact that there is only one winner, so the competitor who will get closest to make the real thing will be got the prize of $10,000 prize.

In the fashion of Nicole Byer, the trailer has exposed the host who has played with a little clay model of herself that become the actual thing that she does in-between seasons. She has participated by the co-host and professional chocolatier Jacques Torres, who has asked then if she is ready for the latest season or not.

In this new trailer, we will see the guest judges in which some are not afraid to get down and dirty. In this, Jack McBrayer has tried his hand at the kitchen at the time of Byer sips with a drink and beatboxes, flies attack the epic baking disasters happened, and it is not the end as it is contained with a twist as we will see pies which will be featured for the first time.

This show is mainly a reality competition program that is set to premiere on Netflix back in 2018. For the weaky nature and competitors who had never mind to laughing to themselves, and this time it will be a giant hit on the streaming service.

It was nominated twice for the Emmys for the category of Outstanding Competition Program. In 2020, Byer just made history after becoming the first-ever black woman to nominate for the Outstanding Host for the Reality show.

In this, we will see some other guest judges: Sam Richardson, Wayne Brady, Reggie Watts, Big Freedia, Jue Diane Raphael, and Sasheer Zamata. The sixth season of the series will premiere on Netflix on 15th September 2021.