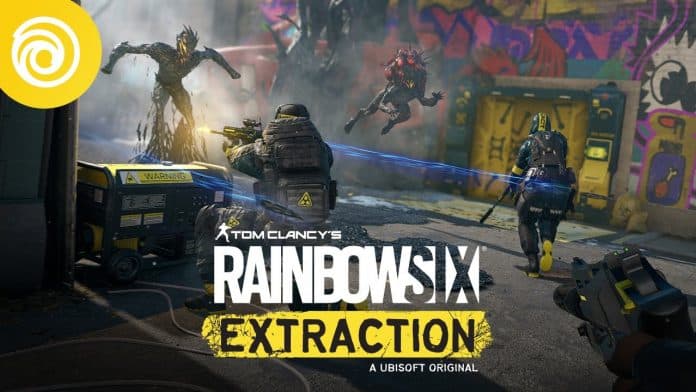 Rainbow Six Extraction is set to release in January 2022 however, the developer behind the game, Ubisoft Montreal has revealed a bunch of new gameplay details for their upcoming title. We also have a new trailer of the game released by the Studio.

First, let us talk about the game, this will be a game where players cooperatively take on the alien threat Archæns. And the new installment brings some iconic Rainbow Six operators to play as well as featuring a custom progression system for individual operators.

We are also getting 12 evolving maps, 13 mission objectives, almost 100 different guns and gadgets, and much more. It’s not just that, but the game will also include over 65 weapons and 10 gadgets from Rainbow Six Siege as well as 15 new REACT gadgets exclusive to Rainbow Six Extraction.

Coming to the 12 maps of the game, we know that they will be spread across four regions — New York, San Francisco, New Mexico, and Alaska — and Ubisoft announced that most of the maps are roughly three times as big as Rainbow Six Siege maps.

The developer has offered various modifiers to ensure no playthrough is ever the same, and there are also different mission objectives like extracting operators and removing infestations and the like which will keep players busy.

Check out the trailer below:

In the new Gateway, Objective player squads of one to three players will have to take on something called a Protean, which is an Archæn variant that mimics some of the form and functions of playable operators.

This kind of enemy will be extremely hard to fight and we don’t get a sense of just how deadly these Proteans are from the gameplay trailer.

However, one thing is for certain that these new enemies will be hard to fight against. Rainbow Six Extraction is set to release in January 2022 for Xbox Series X, Xbox Series S, PlayStation 5, Xbox One, PlayStation 4, Amazon Luna, Google Stadia, and PC via the Ubisoft Store and the Ubisoft+ subscription service.

- Advertisement -
Powered by JustWatch
Share
Facebook
Twitter
Pinterest
WhatsApp
Linkedin
Previous article“Lucifer(Season 6)”: All the Latest Updates about the final season of this series
Next articleWillian Jose to join Real Betis on a loan deal with obligation to buy