All the New Films to Watch on Netflix this Week 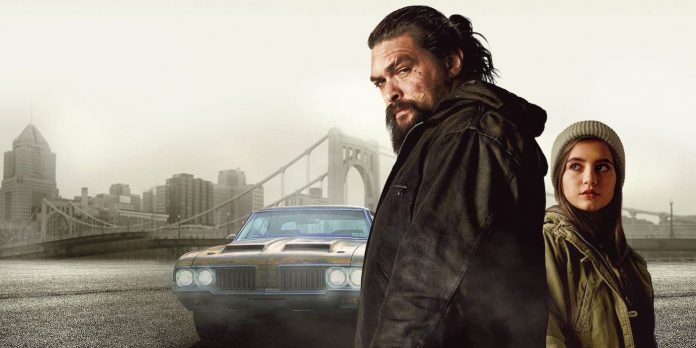 It is assuming that Netflix has made a promise to provide a fantastic movie week. The streaming platform is already beginning to smash the target and has released many films to Netflix Originals that are set to come to the service. This August is going to be a blockbuster month for movie lovers.

As Netflix is ready to gear up to launch the monsoon blockbuster movies, it will provide a kick-off with their incredible August lineup. It is expected that it will also fill its library with many original releases and shows in the coming days. In this week of August, Netflix has revealed the list of best films that all the audience should watch.

Here is a list of the best new films on Netflix this week:

Hollywood’s one of the funniest actresses is Elizabeth Banks, and after not breaking the bank at the box office, it depicts in Walk of shame. It is based on the brink of promotion of the lifetime; the reporter Meghan’s dream job to be news anchor goes to jeopardy after one night’s stand has left her stranded in downtown Los Angeles. This time without any mobile, car, money, or ID, she just has left only eight hours for making the job interview of her life.

In this, we will see Anton Yelchin and Felicity Jones, who has to reveal a funny and heartfelt performance. The story is mainly based on the relationship between a British  College student and an American thrown into chaos. At the same time, she became banned from living in America after overstaying the visa.

This T-Drama film is definitely the remake of the K-Drama film of the exact name from 2014, but it is very charming like the original.

In this, we will see Hao Ting, who is struggling to meet at the end, but despite her debut of rising, it has not stopped her from shouldering the burden of taking care of her lonely father, and it is the cost of his care. The luck has started to change while A Cheng, a local but also a kind-hearted debt collector and deeply come attracted to Hao Ting and in the exchanging for spending time with him on dates, will also ease the burden for her debt.

We will see Nickelodeon and Netflix have managed a fantastic fruitful relationship for years with a lot of films from their famous franchises that have landed on Netflix. This Loud House film is next to the list to get the film treatment in the upcoming list.

The parents Lincoln Loud and all the ten sisters who have gone on the vacation to Scotland where they have learned that the royalty has run in their entire family.

The story of this film is based on a devoted family man named ray Cooper who has been vowed for justice against the pharmaceutical company, which is responsible for pulling the lifesaving drug from the market before the death of his wife from cancer.

The twists have come in the story while the father and daughter duo has found out the truth leading to the deadly encounter that puts them in harm’s way. Now Ray’s mission is to turn into the quest for vengeance to save the only family he has left. In this film, we will see a father and daughter duo seeking revenge on the pharmaceutical company with the huge number of secrets that have been denied his dead wife for the proper medication.