“LOL – Enga Siri Paappom”: All the latest updates about the Tamil Comedy Show 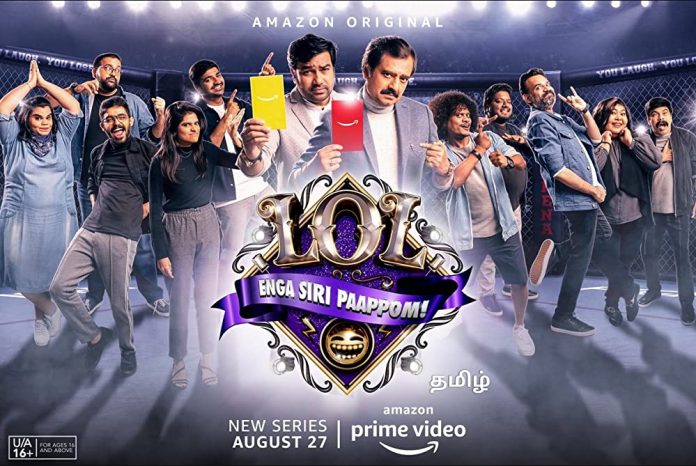 In this show, we will see 10 talented comedians who will come as participants. The show has been headlined by the late actor Padmashri Dr Vivekh and Mirchi Shiva as the judges and it is expected that this show will become emotional to the fans to watch Vivekh. In this show, all the talented comedi8an s will be put in a room for a span of time of six hours where they will be given the most difficult task of controlling their laughter.

According to the official synopsis of Amazon prime Video Last on Laughing which is a TV show franchise having three parts earlier released in Australia and Mexico and now has made its path to India, the show is definitely a unique format in which ten comedians will be put in a room for 6 hours without barring no holds battling of the wits, jokes, and improvisational and physical comedy. In this, the main goal is the last person in their room having a straight face will win 25 lakhs rupees.

In this, the comedians are Sathish, Harathi, Srinivasan, Cook with Comali sensation Pugazh, Premgi Amaran, Baggy, Abhishek Kumar, Syama Harini, RJ Vigneshkanth, and Maya S Krishnan. As a judge, we can see Vivekh and Shiva with humor quotient and also their efficiency to control the laughter. The last one who will control the laughter at the end will win the 25 lakhs amount.

This show will premiere on 27th August 2021 on Amazon Prime Video.

Here is the trailer of the show: