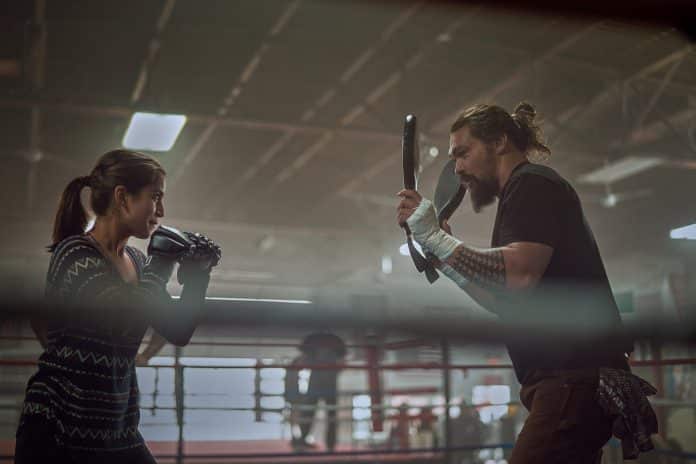 All the OTT Platforms are geared up to launch some summer-filled blockbuster movies, and it will provide a kick-off with their incredible film lineup of August. In addition, it is expected that all the OTT platforms will be filled with many original release films and shows in the coming days.

This August, all the OTT platforms will release many film categories, whether it is a thriller, rom-com, or action.  In this week of August, there are several films on which audience have shown their more love by watching mostly.

The story of the film will take you for the roller coaster spy ride of the ’80s. I this, we will see Akshay Kumar in the lead role.

The story of the series revolves around a character named Guillaume Lucchesi, played by Oldfield. Lucchesi is acting like he had drawn a line so that he doesn’t have to face any kind of tragedy. At first, he lost her loved woman named Sonia, which Marillier plays, and after that, his brother Fred played by Duvauchelle.

After the tragedies, it has been befallen another where he also lost Judith, played by Harzoune, from whom he got the care and love that made his entire life almost bearable. After passing terrible experience, Judith, who has made his life complete once again who is worth a lovely life and has disappeared from the funeral of the mother of Guillaume who has to hide all the facts as his wife has disappeared from his friends and family.

15.Memories of a Murderer: The Nilsen Tapes

The film’s story depicts Britain’s most dangerous serial killer, Dennis Nilsen, who had confessed to the killing of 15 people in 1983. He was doing this thing over five year period, then he just picked up vulnerable young men, took them back to his home, and then strangled them before enclosing their bodies under the floorboards.

It revolved around the story of a widow who will discover her currently deceased husband’s st shocking secrets, which will be horrible.

It is a fantastic sci-fi thriller film. It is based on a private investigator of the mind named Nick Bannister that explores the darkly alluring world of the past through the helping of the client can access the lost memories. He is living on the sunken Miami coast, but his life changed after meeting with a new client named Mae, who can vanish abruptly. After that, the simple fact of lost and found becomes a tremendous obsession. At the time of finding out the truth about the disappearance of Mae, he discovers a violent conspiracy and ultimately answers the questions about love for one.

This man has provided enjoyment to the millions as the top-rated art instructor, but a hard battle of his business empire cast the shadow on his happy trees.

The story of a teenage girl who has been executed to provide a nebbish classmate is based on the ultimate high school makeover. It is mainly an updated version of ‘She’s All that’.

10.Bhuj: The Pride of India

It is an incredible action film by Ajay Devgn. In this, we will see Ajay Devgn in the full form, Sonakshi Sinha with a special dance number, and Sanjay Dutt has made a strange appearance. In this film, we will also see gorgeous Nora Fatehi. We will also hear the voice-over of Ajay Devgn, where he is telling us not to mourn his death. He has chosen martyrdom for himself.

A blockbuster film of Allu Arjun’s Pushpa is undoubtedly one of the most anticipated upcoming films this year. Sukumar has directed it. The film’s story is mainly based on the smuggling of red sanders in the Andhra Pradesh hills. In this type of industry, the new buzz in the industry is that Mythri Film Makers are bankrolling the movie and have decided to release it into two parts. There is a note circulating to social media claiming that all the makers have made the plan to launch this movie into two parts.

This actually indicates to the child of the deaf adults. Ruby is only able to hear in the entire family. After the family business becomes threatened, Ruby just finds herself become torn in between pursuing her love of music and also her fear.

This film would be one of the best OTT releases this August. It depicts the story of a psychological thriller from Nayanthara. She is featuring the role of a blind woman. This film is basically the remake of the Korean film Blind.

It has seen that the dark comedy of 2018 Andhadhun become a major hit, and this one is the Telugu remake of the original film. In this, we will see Nithin, who is featuring in the lead role in this film. It depicts the story of the blind man who becomes caught during the investigation of the murder case and would make his way out of it.

It depicts the story of Ryan Reynolds, who is a Guy leading his normal life in the game. Jodie Comer, the Molotov Girl, reveals the reality to him that he does not belong from this world and his world is fictional; she is also telling the Guy that the man who was built it will destroy it. Now two of them make the team and trying to save the place of the videogame with the help of everyone before the creator finishes the Guy or the game itself.

The story is mainly based on a vacation in Greece; after visiting there, American tourist Beckett aims to search after a dangerous accident. He has been forced to run to save his life and become desperate just for getting across the country to the American embassy to delete his name, tensions rise after authorities close in, and the political unrest mounts, and Beckett also involves deeply in the dangerous web of conspiracy.

In this film, we will see that the painting career of Anthony on the brink of stalling there is a chance of an encounter with the Cabrini-green old-timer that exposes that Anthony about the strange, horrific nature of the real-life story behind Candyman. In the Art World of Chicago, he is very anxious to maintain his status. In the macabre details in his studio, Anthony starts to explore like the fresh grist for paintings that unknowingly reveal the door to the complicated past that reveals his sanity and releases a terrible wave of violence that puts him on the collision course with destiny.

It is based on Kim telling about her colleagues and the department, which is in genuine crisis. She has felt like someone had handed her a ticking time bomb as they had wanted to make things confirm that a woman had been holding it when it would be exploded. You don’t need to get fear as she intends to shake this place up.

The story of this film is based on a devoted family man named Ray Cooper, who has been vowed for justice against the pharmaceutical company, which is responsible for pulling the lifesaving drug from the market before the death of his wife from cancer. Now Ray’s mission is to turn into the quest for vengeance to save the only family he has left. In this film, we will see a father and daughter duo seeking revenge on the pharmaceutical company with the huge number of secrets that have been denied his dead wife for the proper medication. The twists have come in the story while the father and daughter duo has found out the truth leading to the deadly encounter that puts them in harm’s way.