All you need to know about the iOS 15 Weather App 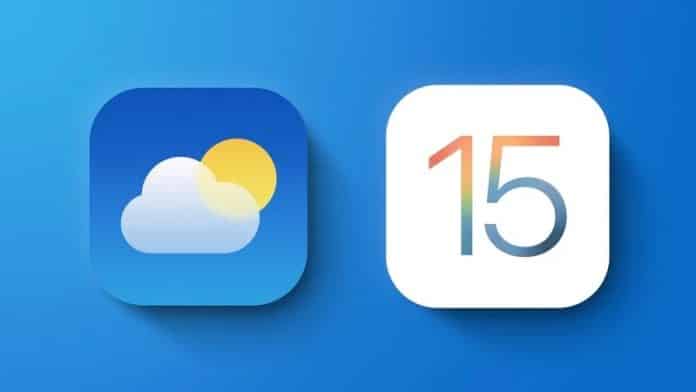 In March last year, Apple acquired the Dark Sky weather app. The company took the app off the Google Play Store soon thereafter, preventing Android and Wear OS users from installing it on their devices. This led many to believe that Apple planned to integrate the app on iOS in the future, as the company had not taken such drastic measures for any other apps that it had previously acquired. Today we’re seeing the fruits of that acquisition in a revamped iOS 15 Weather app for the iPhone, which will debut with iOS 15.

The Weather app is attracting quite a bit of attention with this year’s release of iOS 15. It’s getting an all-new design, new real-time notifications, and more. Head below as we take a closer look at the all-new Weather app including maps, design, and more.

One of the headlining changes in the iOS 15 Weather app is the interface. It features an all-new design that changes based on the current conditions in your area. For example, if it’s raining outside or there is rain coming soon, the app will adjust its layout to show the hourly forecast, next-hour precipitation, and the radar at the top.

On the other hand, if there’s no rain in your area, the app focuses on the 10-day forecast and current conditions at the top, and pushes other things such as the radar towards the bottom. This modular design is a really nice touch in the Weather app in iOS 15, and it seems perfect for also coming to the iPad at some point… but that’s not happening this year.

There are also now “thousands of variations” the background design and animations in the Weather app. These show backgrounds and animations are designed to represent the sun position, clouds, and precipitation. Animated backgrounds are available on all devices with an A12 Bionic chip or later. Earlier iPhones will not have access to the more detailed animations.

There’s also a big focus on weather maps with iOS 15. In the built-in Weather app, you can now view maps for precipitation, air quality, and temperature. The maps are full-screen and the precipitation map supports viewing three hours of historical data and one hour of future data in the hourly view, and a week’s worth of data in the day-by-day view.

Another change is support for notifications. Similar to the Dark Sky weather app, which Apple acquired last year, the Weather app can now send you a notification when rain, snow, hail, or sleet is about to start or stop. Apple says this feature is available in the US, UK, and Ireland.

The Weather app is a really remarkable overhaul, particularly from a design standpoint. The addition of maps and notifications also helps make it a true competitor to third-party weather apps on the App Store.