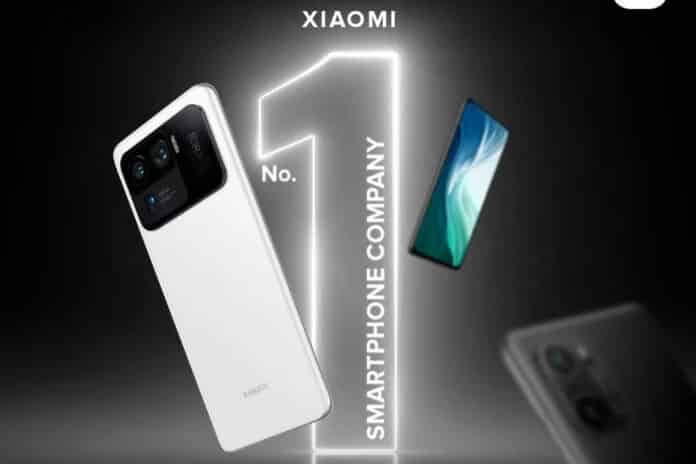 Xiaomi has retained its position as the number 1 smartphone brand in India in the second quarter of 2021 with a 28 percent market share, followed by Samsung, Vivo, Realme and Oppo. The Redmi 9 series, as well as the Redmi Note 10 series, drove the shipments for Xiaomi while online-heavy Galaxy M-series and F-series drove the shipments for Samsung.

Now, this Xiaomi is India’s largest smartphone brand in the consecutive 4th year as per a tweet by Manu Kumar Jain, Managing Director of Xiaomi India this data comes from research firm IDC.

Xiaomi has now been India’s top smartphone seller for sixteen straight quarters. The company has become a constant headache for Samsung in the world’s second-largest smartphone market as sales have slowed pretty much everywhere else in the world.

The Chinese electronics giant shipped 10.4 million handsets in the quarter that ended in June, commanding 28.3% of the market, research firm IDC reported Tuesday. Its closest rival, Samsung — which once held the top spot in India — shipped 9.3 million handsets in the nation during the same period, settling for a 25.3% market share.

Overall, 36.9 million handsets were shipped in India during the second quarter of this year, up 9.9% from the same period last year, IDC reported. This was the highest volume of handsets ever shipped in India for Q2, the research firm said.

Xiaomi’s growth was driven by its affordable Redmi 9 series and Redmi Note 10 series. Xiaomi captured the top four positions in the Top 5 models list with the Redmi 9A, Redmi 9 Power, Redmi Note 10 and Redmi 9, out of which the top three models clocked more than a million shipments. The Redmi 9A has been the best-selling model for the last three quarters.

Xiaomi’s spin-off Poco also contributed to the main company’s growth. It’s been more than a year since Poco separated from Xiaomi and is finally creating an identity of its own. The smartphone maker launched a number of new smartphones in the country including Poco M3 and Poco X3 Pro which helped it grow 480 percent Year on Year. Poco witnessed increased demand in the budget segment. The Poco M3, Poco C3 and Poco X3 Pro were the top models for the company.

- Advertisement -
Powered by JustWatch
Share
Facebook
Twitter
Pinterest
WhatsApp
Linkedin
Previous articleChina Evergrande could sell EV units stakes to Xiaomi
Next article“Turning Point: 9/11 and the War on Terror”: All the Latest Updates about the defining moments of One Country