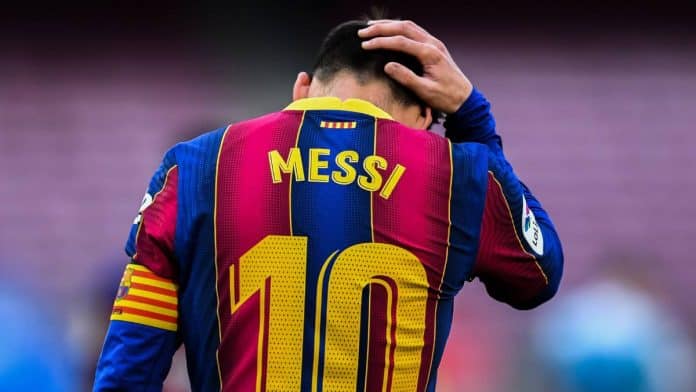 Barcelona, according to rumors from SPORT, wants the number 10 shirt to be vacant for the entire 2021–22 season. If someone needs to take up the renowned number, it will be reserved for a player who came up through the ranks of the club’s academy, according to the Spanish media site.

At Barcelona, the No 10 has a long and illustrious history and an unbreakable tradition. Several high-profile figures have worn the jersey in the past, but Lionel Messi elevated it to new heights.

In 778 games for Barcelona, the club’s last number 10 scored a total of 672 goals and added 305 assists. Simply told, it would be nearly hard for anyone in the club to match that level of accomplishment. Inheriting the jersey, understandably, comes with a lot of pressure and expectation.

Sergio Aguero, Lionel Messi’s international teammate, received the number from Gerard Pique earlier this week. The Argentine, on the other hand, graciously declined the offer, perhaps for the same reason as previously stated. According to recent sources, Philippe Coutinho was the most recent player to be offered the jersey. That, however, appears to be a thing of the past now.

Messi, who has since been linked with both PSG and Manchester City in Ligue 1, gave a brief speech before answering questions on the failed contract negotiations that led to his departure after 21 years. Barca criticized their inability to reach an agreement on LaLiga’s financial fair play guidelines.

For next season – and at least for Barca’s pre-season friendly against Juve on Sunday night – the most renowned No10 jersey in football will be unoccupied. For the match, no player was handed Messi’s legendary number, however, the club has not stated whether they intend to keep it vacant for the forthcoming LaLiga season or allocate it to a member of the squad.

Barca may consider retiring the No. 10 in honor of Messi, but LaLiga regulations only allow for 25 senior players to be enrolled in the squad with numbers 1-25. Though many players have emerged from the younger ranks in recent seasons, only a few are a natural fit for the position of number ten. On the other hand, AnsuFati would be the first pick.

After Messi’s Departure, PSG Snatches an Injury-Time Winner Over Lyon