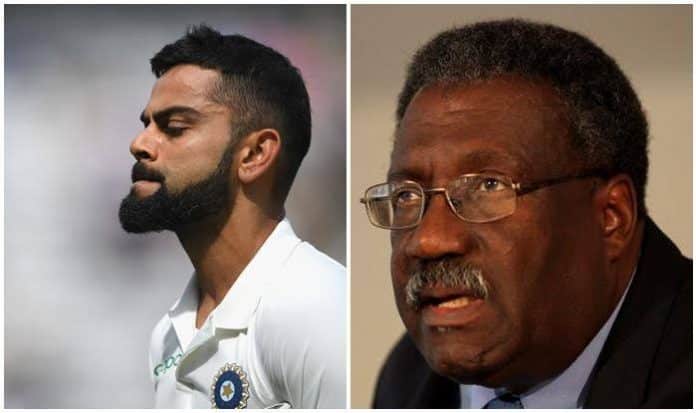 The Indian team recorded an extraordinary win against England at the mecca of cricket yesterday. To get into details, India dismissed the English team for 120 runs and defended their target of 271 runs to win the second test match by 151 runs. Speaking about this test match, the last couple of days were extremely intense and were filled with up’s and downs. However, the Virat Kohli led Indian team made a comeback and won the test match on the fifth day.

Also Read: IND vs ENG: India make a thrilling comeback at Lord’s on Day five to win the Second test against England

India’s victory at Lord’s means that Virat Kohli is now moved a step further as one of the greatest test captains in the world. Moreover, he is the third Indian captain after Kapil Dev and Ms Dhoni to lead India to a Test win at Lord’s. With this win, Virat Kohli has won 37 test matches as the captain of the Indian cricket team. Further, Kohli has surpassed the West Indian legendary captain Clove Lloyd and is ranked fourth in the list for the most test wins as a captain in the world.

Since Virat Kohli is ranked fourth in the world with 37 test wins for India, let’s check the top three captains who have won more test matches for their country. Graeme Smith is ranked at the top of the list with 53 wins to his name in 109 test matches. Moreover, the South African player is the only test captain to have won over 50 test matches for his country.

Following Smith is Australia’s Ricky Ponting with 48 test wins in 77 test matches. Whereas his predecessor Steve Waugh is ranked third with 41 Test wins in 57 matches. Waugh has the best win percentage of 71.92% among this elite list of captains.

Therefore Virat Kohli will mostly manage to catch up with everyone and claim the top spot in few years. Owing to the fact, Virat has the advantage that he is the only active test captain from this top five list. In the end, it would be a great achievement if he passes Graeme Smith to become the most successful test captain in the world.