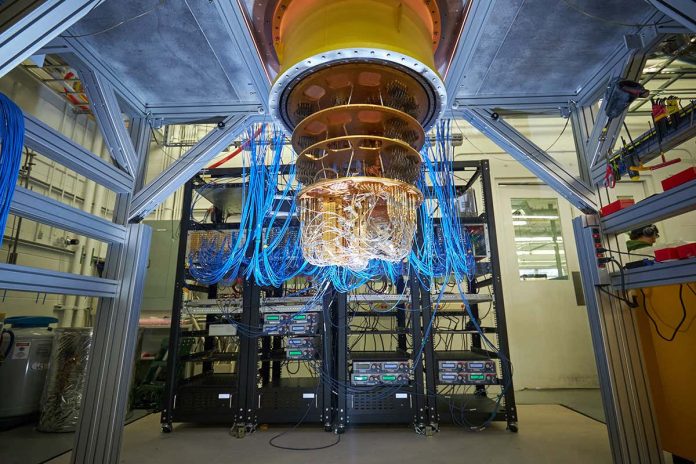 Quantum computing is the next big thing and the advancements and breakthroughs presented in space every other week increase both the usefulness and computing power of quantum-based solutions. According to sources, the latest development which came in quantum computing came from the University of New South Wales in Sydney, Australia where they have enabled quantum systems that leverage millions of qubits.

There have been many quantum computing breakthroughs already: from pre-emptive, quantum-resistant cryptographic algorithms to discoveries of new materials passing through self-contained quantum chips, but the researchers with the University of New South Wales in Sydney, Australia, have seemingly solved the quantum scaling problem. This research could enable quantum systems that leverage millions of qubits, in place of the current system.

Going deep into the research we have information that the quantum scaling problem was approached by Sydney researchers from the control side of the equation. Whenever there is an automated system that is meant to operate on its own, there must be a control mechanism to enable the user to change the input variables.

In other quantum computing systems, the change of input variables happens via microwave electromagnetic fields which were next to every single qubit. This generates a magnetic field based on the intensity of the current enabling the quantum computer’s user to manipulate the qubit’s value.

However, this solution had a major problem and that was the generation of extreme heat. The wires which were conducting electrical currents get hotter the more current is passed through it. But the problem arises when quantum computers essentially had millions of different wires in the quantum chip’s real estate.

The researchers at the University of New South Wales tried one simple solution which was that instead of trying to control each qubit with a single wire, they designed a system that enabled an electromagnetic field to envelop the qubits from above, which could act at the same time.

“First we removed the wire next to the qubits and then came up with a novel way to deliver microwave-frequency magnetic control fields across the entire system. So in principle, we could deliver control fields to up to four million qubits. The dielectric resonator shrinks the wavelength down below one millimetre, so we now have a very efficient conversion of microwave power into the magnetic field that controls the spins of all the qubits. There are two key innovations here. The first is that we don’t have to put in a lot of power to get a strong driving field for the qubits, which crucially means we don’t generate much heat. The second is that the field is very uniform across the chip so that millions of qubits all experience the same level of control.”

This is not the final solution to all the problems of scaling quantum computers’ basic unit, the qubit. But the control of the system doesn’t seem to pose a problem anymore and this is an important step on the road in achieving the quantum computing of the future.