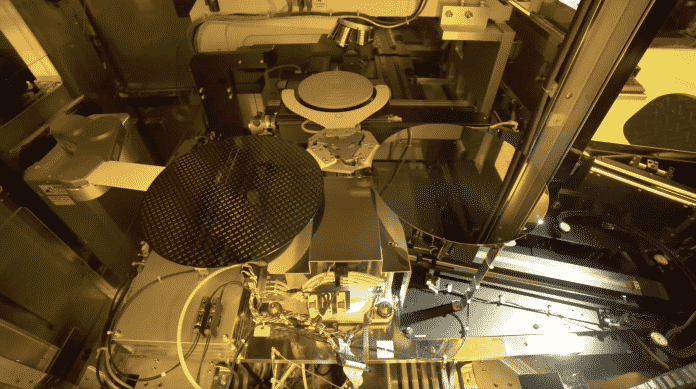 As we have heard a couple of days ago, the shakeup in the administration at the  Jiangxi Hantang System Integration Co. Had many investors of the Taiwan Semiconductor Manufacturing Company’s (TSMC) worried about the establishment of the chip makers fab in the United States.

However, recently the Jiangxi Hantang System Integration Co., assured customers and investors that the establishment of the TSMCs facility remains its top priority. The company underwent a power struggle earlier in Taiwan yesterday and this resulted in significant changes to its board of directors and management. The shakeup even resulted in the current chairman of the company being replaced.

For those who don’t know, Hantang is responsible for helping TSMC set up environmentally controlled cleanrooms for its chip fabrication facilities. And the latest assurance comes directly from the newly elected chairman of the company and this new election marks the months-long power struggle at the company, which saw its largest shareholder, Ms Li Huiwen, succeed in her bid to replace the board of directors.

The company’s current chairperson, Mr Chao Shui Chen, gained a foothold in the company after the passing of the company’s founder in 2015. He and Hantang’s former general manager are credited for spearheading the company into what it is today.

Mr Chao Shui left the company after the board elected Ms Huiwen as the chairperson. And the new chairman expressed the company’s full dedication towards its existing projects especially the one with TSMC.

The TSMC US plant is the priority for Han and Tang Dynasties, and it is also the most important indicator for subsequent development. There must be no problems!

He also stated that he had originally planned to retire from the company a year and a half from now, however the current state of affairs brought forward the timeline.

Following her election as chairperson, Ms Huiwen released a statement to the press while also mentioning TSMC’s U.S. chip plant and stating that her company will work with the fab’s management team to execute all plans timely.

Thanks to the shareholders of Hantang Company for their support, so that Huiwenji and Huiwen directors who share the same philosophy can be elected with high votes.
Huiwen has been a shareholder since the founding of Hantang Company, working together with Xianfu, former chairman of Chen Chaoshui, and general manager Chen Baichen, so that Hantang Company can grow steadily and have the hard-won foundation and reputation of Han and Tang Dynasties today.

After the end of today’s shareholders’ meeting, we will organize a management team under the goal of stability and development, and for the future operation of the company, we will also implement the principle of separation of ownership and management rights, fully authorize professional management teams, respect professional opinions, and truly Implement corporate governance. Regarding the important customer TSMC’s US plant related projects, we will work together with the management team to complete customer entrusted matters and will continue to invest in high value-added product research and development, wholeheartedly provide all customers with the best service, create maximum shareholder profits, and Promote ESG and fulfil corporate responsibility related requirements.

Huiwen once again thank the shareholders for their entrustment, we will work diligently, walking on thin ice, and creating the peak of Hantang Company again!

Hantang will reportedly begin installing cleanroom equipment in TSMC’s Arizona facility by September next year, and TSMC plans that the facility will enter mass production by 2024.