Firedrake the Silver Dragon is acquired by Netflix: All set to release in September 2021 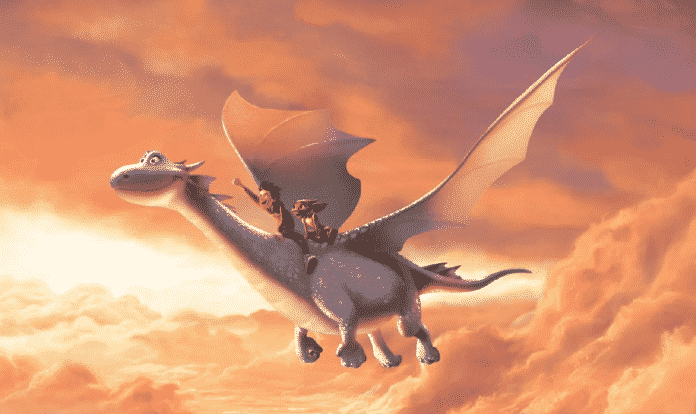 Firedrake the Silver Dragon is also known as Dragon Rider is a German 3D computer-animated fantasy film. The film is based on a novel named Firedrake the Silver Dragon by Cornelia Funke. The film is directed by Tomer Eshed. The production of the movie has begun back in June 2017 as a co-production between German production company Constantin Film and animation from two studios including Belgium studio (mostly known for video games), Cyborn and Rise FX South Studios headquartered in Munich.

Rise FX South Studios is a VFX studio that works with Netflix on a large array of projects including the upcoming Midnight Mass, Biohackers, Stowaway, Stranger Things, and the Fear Street Trilogy.

The film revolves around a young silver dragon and a young boy who has teamed up with a mountain spirit. They are all searching for the rim of heaven where dragons can live safe and free.

Firedrake the Silver Dragon is all set to carry Netflix Original branding and will release on Netflix in multiple regions including the United States, the United Kingdom, and others on 10th September 2021.

The film has also been released in theatres under the name Dragon Rider but it has been involved in a lot of issues and has been delayed due to COVID-19.

The voice cast of the movie for the English language are Freddie Highmore (whose heist movie has recently been released on Netflix US), Felicity Jones, Thomas Brodie-Sangster, Nonso Anzozie (Sweet Tooth), and Patrick Stewart.

The reviews of the film were not up to the mark that the audience has seen it in the last year in the cinemas. Many have compared the movie to How to Train Your Dragon.

This year Netflix has taken up three Sony animated projects for example with some of the other animated acquisitions including Pets United and Dog Gone Trouble all of which have done very well in the top 10’s which has traditionally favored animated kid’s movies.