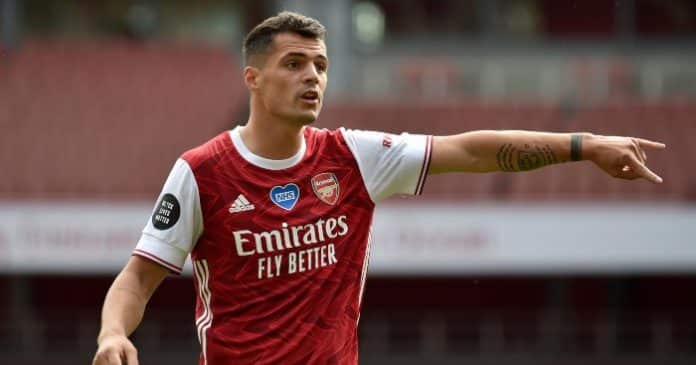 Granit Xhaka has officially signed a new deal with Arsenal, extending his contract with the club to 2025 from 2024. The player is expected to receive an increased salary as part of the new deal he has agreed to.

In the beginning of the transfer window, he looked set to join Roma with Jose Mourinho personally asking for the midfielder to join him in his new venture. The two clubs were in talks for Xhaka, and he was pushing to leave the Emirates as well. However, the move ultimately fell through and he remains a part of the squad under Mikel Arteta.

Due to his remarkable display for Switzerland in the Euros, the player has won over the trust of the Arsenal board. They are now willing to gamble on the midfielder’s time at the club actually working out. He was part of the team that lost against Brentford, and was not very impressive. But with the injuries in the squad, he will need to bring in his experience to help the team out.

Xhaka and Arsenal have had a strained relationship, particularly due to his temper issues. However, things look to be settling down now as the player seems more content now. As a result, he has returned to his post as captain and will be a key figure going forward.

Arsenal are also in the market for Real Madrid midfielder Martin Odegaard if he is for sale this summer, following them pulling out of the race for Sassuolo midfielder Manuel Locatelli.