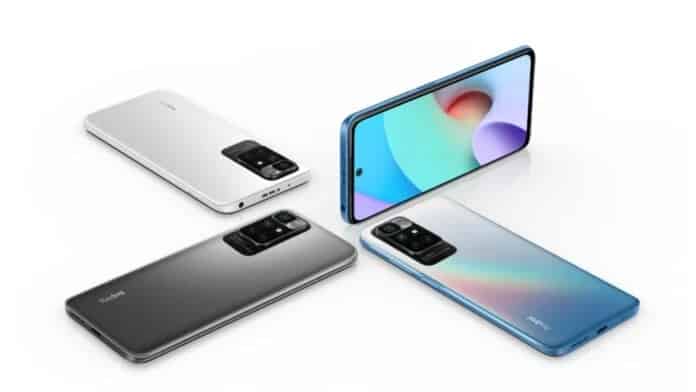 Xiaomi seems ready to launch the Redmi 10 smartphone soon. In the latest update, the tech giant reportedly revealed the handset’s specifications via a blog post by mistake. However, the post has now been deleted. Before the post could be taken down, XDA Developers made sure to report the complete specifications of the upcoming device. Further, the latest accidental leak falls in line with whatever has been leaked about the smartphone previously. Here is the information of what Xiaomi has accidentally leaked about the smartphone.

According to the leaked specifications, the smartphone will feature a 6.5-inch Full-HD+ LCD display. In addition, the display will come with an adaptive refresh rate that switches between 45Hz, 60Hz, and 90Hz. At the front, the display will sport a punch-hole design that shall house the selfie sensor.

There will be a 50MP rear camera setup. The quad cameras on the back of Redmi 10 could include a 50MP primary shooter, an 8MP ultra-wide sensor, a 2MP macro lens, and a 2MP depth camera. On the front, it may get an 8MP selfie snapper.

On the processor front, the device will be powered by the MediaTek Dimensity G88 SoC. The octa-core chipset will pair up with up to 6GB of RAM and 128GB of internal storage. Moreover, the accidental leak also reveals the smartphone to come in three variants which are, 4GB/64GB, 4GB/128GB and 6GB/128GB.

It will boot Android 11-based MIUI 12.5 and house a 5,000mAh battery with 18W fast-charging and 9W reverse charging support. Moreover, the handset will also come with a 22.5W fast charger in the box itself. It will also come with a 3.5mm headphone jack alongside a modern side-mounted fingerprint scanner for security. The budget device by Xiaomi will come with dimensions of 161.96 x 75.54 x 8.93mm and weigh 182 grams.