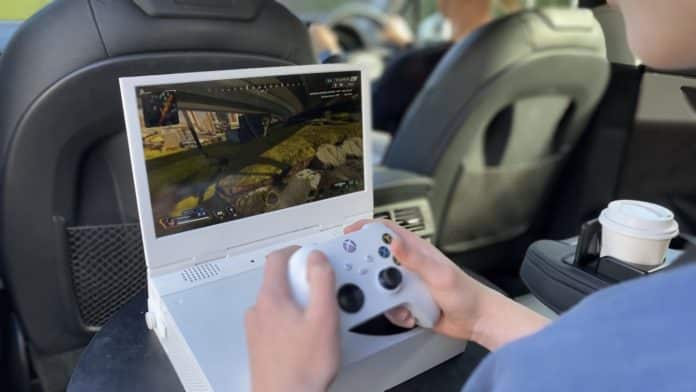 There is a reason why there doesn’t exist many teardown videos of Microsoft’s latest consoles namely the XBOX Series S|X. The reason behind this is that Microsoft has put a lot of attention to details while manufacturing its next-gen consoles. Take Xbox Series S for an instance, it’s a very small console (27.5×15.1×6.5 cm) with a weight of a typical laptop (1.93kg).

However, this tiny device packs in a heatsink and powerful custom SoC designed by AMD. The chip is based on AMD’s Zen2 architecture and consists of 8-cores which are combined with 20 Compute Units based on RDNA2 graphics. Not just that but the tiny console is also installed with 10 GigaBytes of GDDR6 memory which is not even available for standard Pcs.

The latest teardown video of the console by Digital Foundry gives us some never before seen details about the internal architecture of the console. The video shows that the console sports a modular design, and every element of it is clearly labelled with some screws even colour-coded.

The Wifi, interface daughter boards, and power supply is modular, giving an easy way to disassemble and replace them if need be. However, such is not the case with the heat sink as it is neither easy to remove nor possible to completely put its back together. Microsoft has made it so that the heat shield above the memory if removed, cannot be put back in the same form.