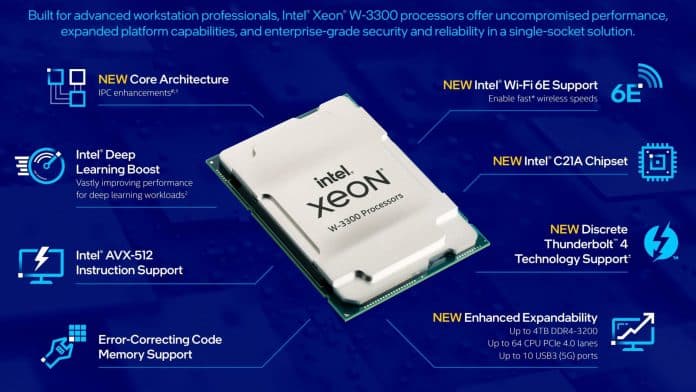 For those who don’t know, this year’s Olympic Games which were held in Tokyo, Japan, were being streamed in 8K picture quality using Intel Xeon Platinum servers. However, if you are not subscribed to NHK in Japan and if you don’t own an 8K playable personal computer you would have quite easily missed the difference in quality or might not even know what was going on behind the scenes.

Taking into consideration the increasing demand for high-end technology and with the Olympics taking place in Tokyo this year, it’s not at all surprising that the games were streamed in 8K quality resolution.

According to sources, Tokyo Olympics used encoded servers equipped with four Xeon 8380H processors. These processors all boasted a total of 28 cores and 56 threads each, and the total was 112 cores and 224 threads. Its also made official that Intel used their Optane 900P SSD with a capacity of 480 gigabytes and DDR4-3200 memory with a capacity of 384 gigabytes.

The recording of the Olympic games was done in a 4x12G SDI configuration, meaning that every second of the stream used 48 gigabytes of space. The process took in input as raw uncompressed video feed with 4:2:2 chroma subsampled input with 10-bit colours.

This input was then thrown into an output video which was uncompressed and encoded into two separate formats. The first format is a contribution signal that is used using HEVC 250 Mbps and a “contribution signal” of 4:2:0 that was subsampled. The second signal, on the other hand, was processed between fifty to one-hundred megabytes per second and used the same subsampling procedure.

However, even if you want to watch a re-run of the Tokyo Olympic games to watch the glorious moments of your favourite athlete then we recommend a computer that will playback the content in 8K resolution.