Warrior Nun Season 2: All the details about the renewal status, expectations, and expected release date

Warrior Nun is an American fantasy drama TV series. It is created by Simon Barry. It is based on a comic character named Warrior Nun Areala by Ben Dunn. It is produced by Zack Tucker Gangnes, Peter Welter Soler, Matt Bosack, and Todd Giroux. The production company is Reality Distortion Field. It is distributed by Netflix.

Netflix is officially bringing back Warrior Nun with a second installment. After a year of its first season debuted on Netflix.

The first season was released on 2nd July 2020. Here we present the trailer of the season:-

As soon as the series was released, it came to be heard under good authority that Warrior Nun had already been renewed for the second season.

The writer also hinted by teasing that they have already started planning plus it has been shown, most of the matrices proved that the show has performed very well.

In an interview, Simon Barry the showrunner for Warrior Nun has said in the following interview:-

“When we were finishing Season 1, we had many more avenues to go down story-wise. So we created a folder thinking, hey, if we’re lucky enough to get Season 2, here are some things we could draw from. After seeing the show completed, we regrouped just to talk about ideas.”

The show has officially renewed on 19th August 2020 with a collection of the cast and crew coming together via a virtual call to confirm that season 2 is officially happening.

Performance of the Series

In the first last 30 days (from 6th July to 6th August 2020). The series has become the third biggest TV show on Netflix in the world. The first two spots were taken by Cursed and Dark Desire respectively.

The series has also topped the charts for the month of July globally. It has globally become the most popular TV show in the world.

Warrior Nun did hit the #1 position in Brazil, the Netherlands, and New Zealand.

Expectations from the series

The climatic end of the first season of Warrior Nun has left the fans to dribble off with kick-ass action.

The order of the Cruciform Sword’s true purpose was revealed, for Adriel, it was nothing more than a puppet against the force of heaven. Ava has revealed his true identity after he touches her. He was being mistaken for an angel by the original knights of the order after he has successfully killed a Tarask monster that followed him out of a demonic portal.

Adriel was hidden in the tombs of the Vatican, he has also hidden the halo inside the original Warrior Nun, and by creating the Order, gave him protection from Heaven.

After escaping from the tomb, the halo from the order was recaptured was by Adriel and proceed with his nefarious plans.

Despite her gusto, Shotgun was impressed by the possessed forces of Adrial, leaving Ava and the other sisters to take on Adrial his small army of Wraith Demons.

In the next season, we will see Ava and the Order bringing the fight to Adriel. The devil will also be revealing himself to the world instead of standing alone, the forces of heaven may descend upon the Vatican and give assistance to the Order.

Simon Barry also teased some other things that we can expect from season 2 in an interview with Looper saying:

“Well, I guess we were holding back so many secrets in a way in season one. The fact that we now have the cat is out of the bag, so to speak, in terms of the mythology of the show. I think it’ll be really exciting to take that journey and unpack what we’ve revealed.

The appearance of Adriel, the relationship with Father Vincent, and also as the stakes have changed for Ava and the other sister warriors. For me, it really is building on what we did well in season one — and hopefully doing a better job at season 2, if we get it.”

In June 2021, the showrunner Simon Barry shared numerous pictures in Spain where they were location scouting. 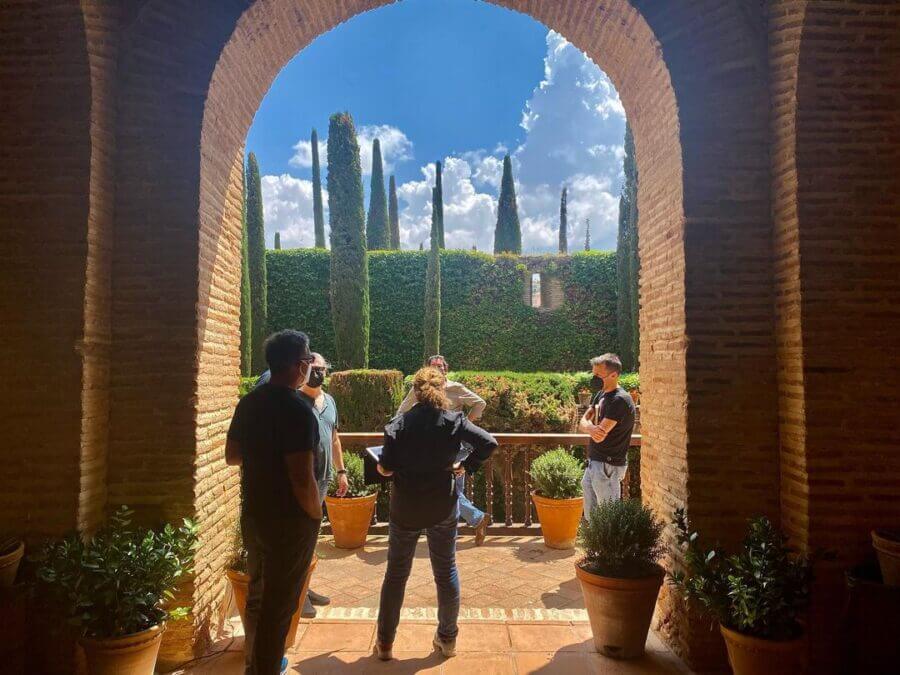 Location scouting is essentially visiting various locations mapping out where scenes are going to be shot. The show is essentially in pre-production at this point with scripts written and just planning taking place which is essential to ensure a smooth production.

The director of the series David Hayter has confirmed on Twitter that he was in Spain for 6 months from May 2021 for production on the show.

According to Simon Barry, on 26th July 2021, the filming then got underway.

On August 6th, Barry posted a very moody picture from the set of Warrior Nun season 2.

HBO confirms the renewal of the series “Succession”

Sex Education is renewing for its fourth season, Netflix has made the announcement in their big event TUDUM

Sex Education Season 3 will be available from 12:30 pm IST on 17th September in India: Here’s everything you can expect from this season

“Gentefied (Season 2)”: The Comedy Film has been renewed for the second season with the first look images