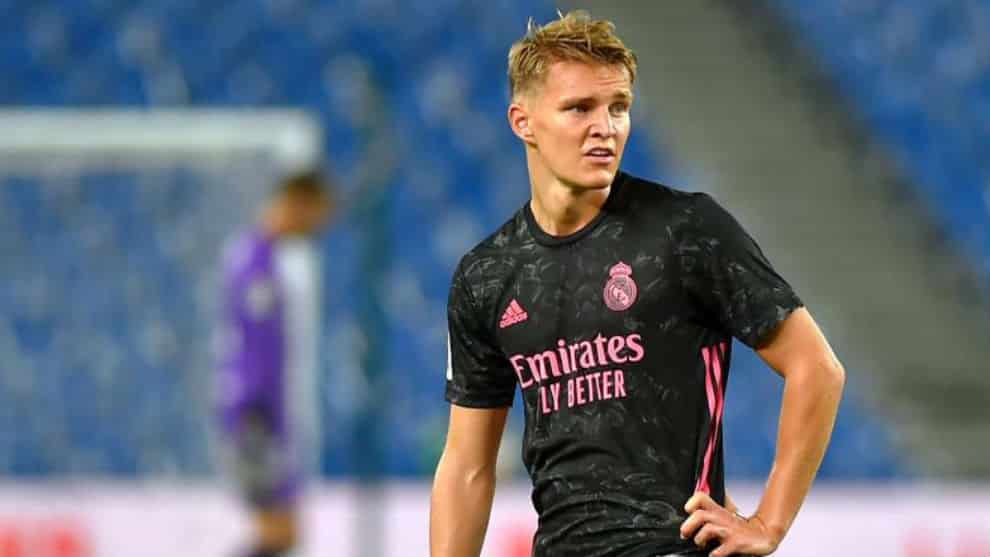 According to Spanish publication Marca, Real Madrid midfielder Martin Odegaard is reconsidering his future at Real Madrid. The player had doubts about his status in the squad for the upcoming season, which were communicated to the club by his representatives.

The player spent the latter of the 20/21 season on loan at Arsenal. The Premier League club still consider him their top priority for the playmaker position since he was so impressive during his time with them. However, Madrid told the London club that they wanted Odegaard to be a part of the squad for 21/22.

Odegaard is finding similarities between his current situation and that under Zinedine Zidane. He isn’t confident that he will find regular playing time under Carlo Ancelotti, with Luka Modric, Toni Kroos, Casemiro and Fede Valverde believed to be ahead of him in the list of midfield options.

The deal-breaker for the Norwegian is to have playing time, and if he doesn’t have that at Madrid this season, he might choose to apply his talents for another club. Real Madrid have never kept players who don’t want to stay, and Odegaard would be no exception to that attitude. Only this time, they would listen to permanent offers for him instead of simple loan deals.

At Arsenal, he would be one of the first names on the team sheet, and would be a key asset for Mikel Arteta. However, the player is yet to convey his final thoughts about the future to Madrid. Arsenal are ready to bid for the youngster if Madrid want to sell him, and Los Blancos already have talented academy graduates in the squad to replace him.