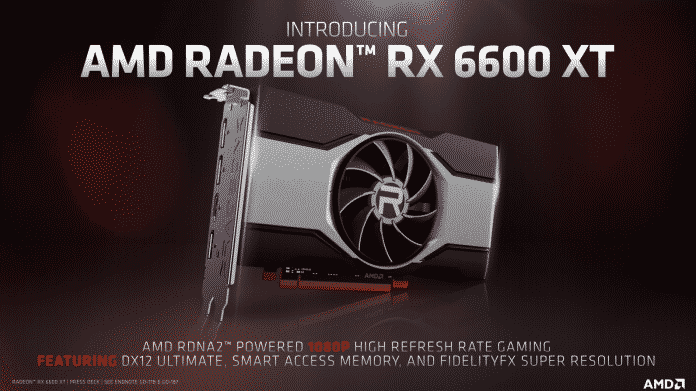 Looking for an absolute 1080p gaming monster? AMD has just announced its next budget card which proved to be a 1080p gaming champion and will finally be available from today on shelves. The card will be exclusively sold by OEMs and so there will be no reference design and also you have the Indian pricing revealed!

It is designed to deliver the ultimate high-framerate, high-fidelity and highly responsive 1080p gaming experience, as 2/3 of the gamers still play games at 1080p.

This GPU, as per the release of the reviews yesterday, sits just between the RTX 3060 and RTX 3060 Ti in terms of raw performance. AMD even claims that this new GPU delivers up to 15% higher performance on average with max settings across select AAA titles than the NVIDIA RTX 3060.

It also provides 125 FPS on average across a wide range of modern AAA titles, pushing the boundaries of mainstream gaming by enabling incredible, high-refresh-rate 1080p performance and breathtaking visual fidelity.

It is great to see AMD retaining 8GB of GDDR6 memory on the card and also boasting high clock speeds to make up the 32 compute units used in this card. While having a 160W TDP makes the GPU efficient as well and also possess a 32 MB infinity cache.