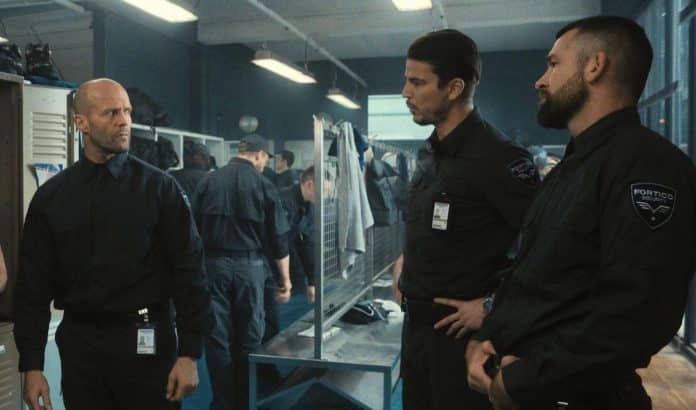 In this recent time, almost everything is becoming digital. This generation does not watch TV at all. Everyone is investing their time on the internet, social media, and digital platform. So, nowadays, many directors and producers are creating movies that are released in the digital platform called OTT platform, which makes it easy to access any series or tv shows at any time and anywhere.

There are a lot of options available now to watch, so people are getting confused about what to watch from the unlimited number of lists. Therefore we make a sorted list of movies that were mostly watched by people in India last week, which will help the people not to miss the best one.

Here we present the list of Top 10 movies that were most watched in India for the last week:-

It is a story of a heist, after five months of heist a mysterious and wild-eyed, new security guard for a cash truck surprises his co-workers when he unleashes precision skills during the heist. The crew kept on thinking that from where he came from, soon the ultimate motive reveals and it becomes clear. It was released on United Artists Releasing in the United States and Lionsgate in the United Kingdom on 22nd April 2021 (International) and 7th May 2021 (United States).

Godzilla vs Kong is a 2021 American monster film. It is directed by Adam Wingard. The film is based on Godzilla and Mechagodzilla by Toho and King Kong by Edgar Wallace Merian C. Cooper. The film is produced by Thomas Tull, Jon Jashni, Brian Rogers, Mary Parent, Alex Gracia, and Eric McLeod.

Its production company is Legendary Pictures. The story is about Godzilla and Kong. Five years after Godzilla has defeated King Ghidorah, Kong is monitored by Monarch within a giant dome on Skull Island. It was released on Warner Bros. Pictures (Worldwide) and Toho (Japan) on 24th March 2021 internationally and on 31st March 2021 in the United States.

Venom is a 2018 American superhero film. It is directed by Ruben Fleischer. The story is based on a Marvel Comics character named Venom. The story was written by Jeff Pinkner and Scott Rosenberg. It is produced by Avi Arad, Matt Tolmach, and Amy Pascal.

The Suicide Squad is a story about Amanda Waller’s Task Force X, a team of metahuman scum who are hired from the dreaded Belle Reve penitentiary, a facility specially designed to contain superpowered criminals. It is James Gunn’s movie. The movie The Suicide Squad was released in India on Thursday i.e. on 5th August 2021.

The film is both a sequel and a soft reboot of the 2016 original and apart from a few characters. The film, The Suicide Squad stars  Margot Robbie, Idris Elba, John Cena, Joel Kinnaman, Sylvester Stallone, Viola Davis, Jai Courtney, and Peter Capaldi in major roles.

Mimi is an Indian comedy-drama-based film. It is directed by Laxman Utekar. It is based on the Marathi film Mala Aai Vhhaychy! by Samroudhhi Porey which was released in the year 2011. It is written by Rohan Shankar and produced by Dinesh Vijan under his banner Maddock films.

It is also produced by the production company named Jio Studios. It is a story of a surrogate mother. An American couple wanted Mimi to be their surrogate mother. They offered her Rs 20 lakh and after listening to the offer she agreed to have surrogacy. It was released on Netflix on 30th July.

Dial 100 is a thriller drama film. It is directed by Rensil D’Silva and produced by Sony Pictures Films India, Alchemy Films, Siddharth P. Malhotra, Sapna Malhotra. The story revolves around Manoj’s Nikhil Sood has begun his shift in the control room just like any other day. He then ended up with a call that gave him the creeps. In order to find make sense of the strange nature call, he struggled very much but found himself in the middle of a sticky situation. It was a high stake life-and-death situation.

His wife and son have become hostage by a woman, which was played by Neena Gupta. Neena Gupta plays the role of Seema Palwa, she has lost her child and for some reason, she holds the call operator responsible for her personal tragedy.  The trailer suggests a plot setup similar to Halle Berry’s 2013 physiological thriller The Call.

7. The Art of Self-Defense

The Art of Self Defense is a 2019 black comedy martial arts film. It is written and directed by Riley Streams. It is produced by Andrew Kortschak, Walter Kortschak, Cody Ryder, and Stephane Whonselter. The production company is End Cue and distributed by Bleecker Street. It was released on 10th March on SXSW and on 12th July 2019 in the United States. It stars Jesse Eisenberg, Alessandro Nivola, and Imogen Poots.

Knives Out is a 2019 American mystery film. It is written and directed by Rian Johnson. It is produced by Ram Bergman and Rian Johnson. The production company is T-Street. It is distributed by Lionsgate and MRC. It was released on 7th September on TIFF and on 27th November in the United States. It stars Daniel Craig, Chris Evans, Ana de Armas, Jamie Lee Curtis, Michael Shannon, Don Johnson, Toni Collette, Lakeith Stanfield, Katherine Langford, Jaeden Martell, and Christopher Plummer.

9. You Were Never Really Here

You were never really here is a 2017 psychological thriller film. It is directed by Lynne Ramsay. It is produced by Rosa Attab, Pascal Caucheteux, James Wilson, Lynne Ramsay, and Rebecca O’Brien. The production companies are Film4 Productions, British Film Institute, Why Not Pictures, and Page 114.

14 Phere is a social comedy-drama movie. It is directed by Devanshu Singh, who is known for directing Chintu Ka Birthday, and written by Manoj Klawani. It is produced by Zee Studios. The movie is being set as a ‘social comedy’ by the makers. 14 Phere stars Vikrant Massey as Sanjay, Kriti Kharbanda as Aditi, Vinay Pathak, Gauahar Khan as Zubina, Yamini Das, and Vineet Kumar.

- Advertisement -
Powered by JustWatch
Share
Facebook
Twitter
Pinterest
WhatsApp
Linkedin
Previous articleIPL 2021: 10 Rules about IPL Phase Two that everyone should watch out for
Next article“The Empire”: All We Need to Know about the upcoming series