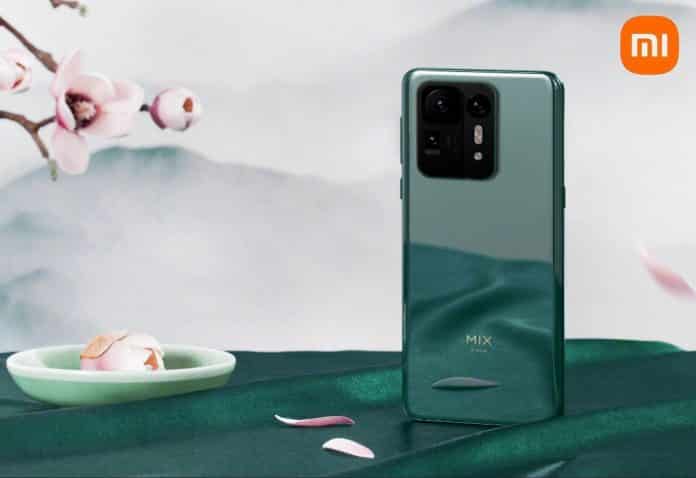 Recently, Xiaomi officially announced that it will officially release the Xiaomi Mi MIX 4 on August 10. This smartphone will also serve as the flagship model of the second half of the year. As of now, there are no official details about this smartphone. All we have for now are just leaks and speculations. According to Digital Chat Station, the first “close to official” information of this device appeared online. This is the official GeekBench 5 running score of the Xiaomi Mi MIX 4.

The Xiaomi Mi MIX 4 has appeared on Geekbench with the model number 2106118C. The listing shows it will come with Android 11 OS — likely skinned with MIUI 12.5 — and 12GB RAM, but there could be other options at launch. The motherboard section mentions “Odin,” which is associated with the Qualcomm Snapdragon 888 or Snapdragon 888 Plus chipset. The source code section mentions the phone will come with Adreno 660 GPU. That’s pretty much everything that is revealed from the Geekbench listing.

According to previous leaks, the Mi MIX 4 will come with a large 6.67-inch FHD+ OLED display. Additionally, the display will also come with curved edges alongside a 120Hz refresh rate. On the software front, the smartphone will run on Android 11 with the MIUI 12.5 custom skin on top.

The upcoming smartphone by Xiaomi will be available in several variants. These include an 8GB/256GB and 12GB/256GB option as well. However, some reports also suggest that there will be a 12GB/512GB option as well. Furthermore, the smartphone will feature Micron’s uMCP5 chipset paired up with LPDDR5 RAM and UFS 3.1 internal storage.

The second official teaser suggests that Mix 4 will come with ultra-wideband (UWB) technology. The poster titled “new technology, new understanding” shows the Mix 4 toward a TV. UWB is a more advanced version of Bluetooth, which offers centimeter-level precision locating of smart devices.

Another teaser confirms that the flagship will come with under-display camera technology. The device is rumoured to have three in-display sensors: the selfie camera, the fingerprint sensor, and a light. Smartphones usually have the sensor located towards the top.

Mi MIX 4 price is said to be around RMB 6,000 (around Rs 69,300). We should know the exact pricing of each variant when the phone launches next week.

Previous articlePSG update on Messi pursuit and Mbappe contract situation
Next articleSamsung Galaxy Z Fold 3: All you need to know about the specifications, price and leaked details