Motorola Edge 20 Series launched: All you need to know 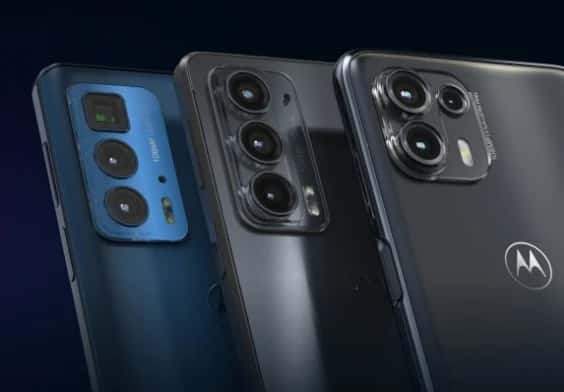 Motorola has unveiled its Edge 20 series. The new Motorola smartphones are expected to launch soon in India. The company has launched three new smartphones under the Edge 20 series. These include the Edge 20, Edge 20 Pro and the Edge 20 Lite. As the monikers suggest, the Pro variant packs top-of-the-line specs. It features a Qualcomm Snapdragon 870 SoC and packs a 4,500 mAh battery. The vanilla Edge 20 features a Snapdragon 778G SoC, whereas the Lite model comes packed with a Dimensity 720 SoC. Let’s take a look at the Motorola Edge 20 series price, specs and other details.

Moving to optics, the Motorola Edge 20 has triple cameras on the back with a 108MP primary sensor, a 16MP ultra-wide-angle lens, an 8MP telephoto lens with up to 3x optical zoom and 30X digital zoom. There is a 32MP snapper on the front for selfies and video chats and a side-mounted fingerprint sensor for security.

Motorola Edge 20 Lite sports the same OLED panel as the regular variant, however, the refresh rate is down to 90Hz. Under the hood sits a MediaTek Dimensity 720 SoC which is paired with 8GB RAM. On the optics front, the Edge 20 Lite offers a 108-megapixel primary sensor, an 8-megapixel ultra-wide-angle lens with Macro Vision, and a 2-megapixel depth sensor. Upfront, the 32-megapixel selfie shooter sits on the punch-hole cutout. It ships with a 5,000mAh battery with a 30W TurboPower fast charge.

The Edge 20 price starts at €499, which is roughly Rs 44,000. The device comes with 8GB of RAM and up to 256GB of internal storage. It comes in three colour options: Frosted Grey, Frosted White, and Frosted Emerald.

Lastly, the Edge 20 Lite is priced at €350 (roughly Rs 30,900). The device comes with 8GB of RAM and 128GB of internal storage. It has been launched in Electric Graphite and Lagoon Green colours.

As for availability, the new Motorola Edge 20 series will be up on sale in August in Europe, Latin America, Middle East, and Asia. Motorola hasn’t shared a specific sale timeline yet.

Ahead of the upcoming NBA season, (Motorola x Chicago Bulls): Motorola signed a relationship with the Chicago Bulls