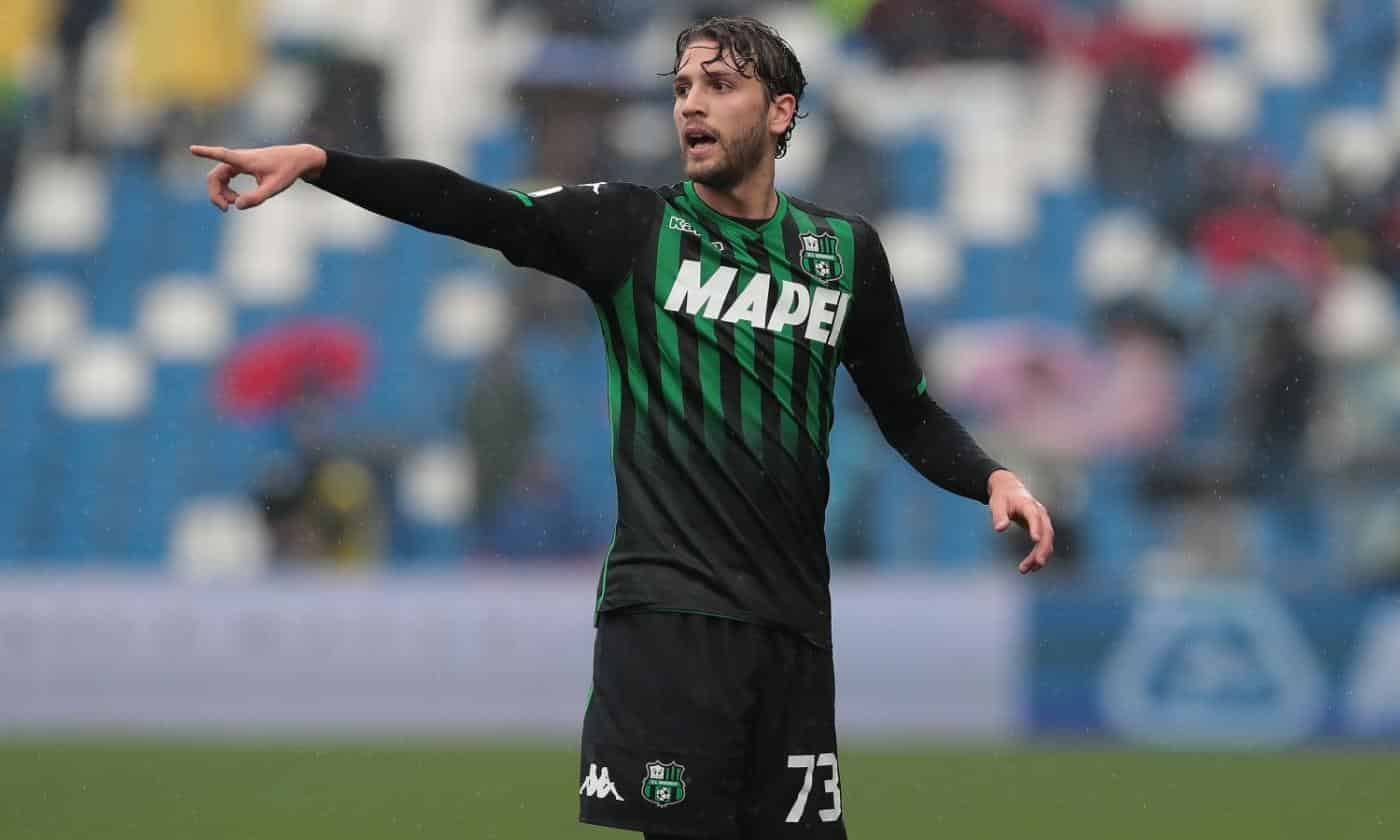 Juventus have been linked as the main destination for Sassuolo midfielder Manuel Locatelli this summer. The player is keen on making the switch to Turin, and the club are willing to sign him. Giovanni Carnevali, the CEO of the black and green club gave further positive responses about the transfer rumours.

Here is what he had to say to Sky Sports: “Tomorrow we’ll have a direct contact with Juventus for Locatelli. He wants to join Juve”.

“We’d be happy to sell Manuel to Juve… but they need to pay the right fee. Arsenal made a bid to sign him and also a new English club is now in the race”.

Max Allegri also indicated that Juventus were close to signing a right-footed free kick taker, and it has been speculated that the coach was talking about Locatelli. There have also been rumours that Allegri could be talking about a return for Miralem Pjanic. “Maybe for Juventus it’s easier to sign Miralem Pjanic than Locatelli…”, Carnevali said laughing to Sky Sports in the same interview.

Domenico Berardi, another star of Sassuolo and the Italy national team, has been linked with a move away. Leicester City from the Premier League are keen on signing him. Carnevali was also asked about the winger’s transfer situation.

“We want to keep Berardi, he’s our top player. If we receive an important bid, we will discuss it and make a decision together with the player. But we’re not selling our stars later in August,” he said. The Sassuolo CEO further went on to state that he would not sell any of their star players after August 8th. Hence, clubs interested in the two players will have to hurry up to close the deal.