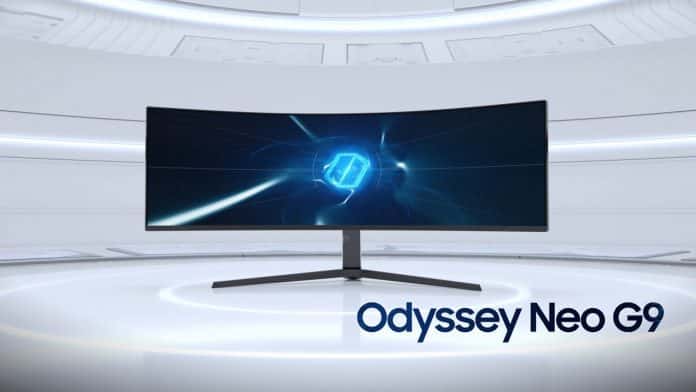 The South Korean tech giant had earlier teased the Odyssey G9 2021 in March, and it then confirmed many of its specifications. Samsung had earlier announced that the monitor would reach up to 2,000 nits as well as that it will have a 240 Hz refresh rate. It will also sport 1 ms response times and 5,120 x 1,440-pixel resolution which will be the same as last year’s predesseccor.

In the press release, Samsung officially announced that it will be selling its 49-inch Odyssey Neo G9 curved gaming monitor on July 29th, 2021. The South Korean tech giant has also published an accompanying promotional video, the link for which is attached below.

The video doesn’t go into much detail about the device’s specifications. After all, it’s a teaser video so it’s better to expect less. However, we are still not sure about the company’s VESA DisplayHDR certification level and need more information. Fact the in April, when Samsung China claimed that the Odyssey Neo G9 was DisplayHDR 2000 certified, it was later rebuked by VESA. Further details remain unknown.

However, still in the teaser, Samsung has not mentioned any details regarding the pricing of the Odyssey Neo G9. We know that the company earlier retailed the Odyssey G9 for US$1,699, so we doubt that the Odyssey Neo G9 will be any cheaper. As to which markets the 49-inch curved monitor will be launched is also not available.