Live like a witcher with the newly released The Witcher: Monster Slayer game for Android and iOS 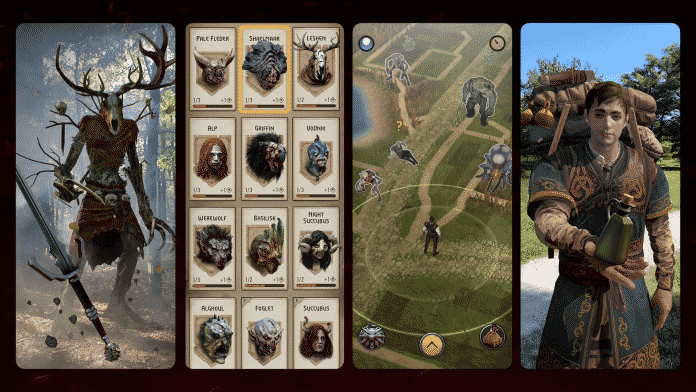 We have also heard that we will be getting a new Witcher game for smartphones. It was announced nearly 10 months and finally The Witcher: Monster Slayer game is out for Android and iOS devices. Spokeo, which is a member of the CDPR family, is responsible for the release of the game and will be available for both android and iOS platforms.

The new Witcher game is a location-based AR RPG, and the game will feel pretty much like Pokémon GO. However, the game will not be exactly like Pokemon GO and will offer a chance for players to experience life as a Witcher.

Available now for free on iOS and Android, The Witcher: Monster Slayer is a brand new game set in The Witcher universe. Developed and published by Spokko, the game challenges players to take on the role of a freshly trained witcher adept and step out into a dark fantasy realm using only their mobile phone. Using advanced AR features and their location and the time of day, players will hunt down over 100 witcher-world monsters, both old and new.

Based on the live-action trailer, the game looks pretty much fun to play. The Witcher: Monster Slayer game can now be downloaded from both the Google Play Store and App Store. It’s also true that if you log into the game before July 28th at 11:59 PM CEST, on both Android and iOS, then the users will find the Kaer Morhen steel sword in their inventory, pretty sweet.

The Kaer Morhen steel sword will increase the number of Experience Points which the players gained from killing the monsters by 10%. I am a fine of witcher franchise from Witcher 1 game and I am pretty much looking forward to what surprise I can find in the new smartphone game.

What is the Cause Behind Android Accessibility in Bitcoin Trading?