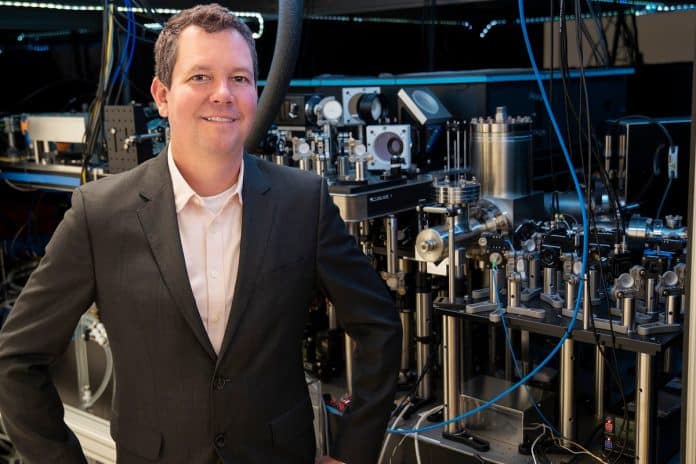 Quantum computing is the most advanced computing process and it’s so sophisticated that we have only a handful of Quantum computers in the world. We have seen China’s quantum computing agency recently showing its amazing capabilities. Now we have yet another company presenting its latest breakthrough.

Atom Computing, a quantum computing startup, just announced their new quantum computing system which they claim has unparalleled capabilities. The company announced that their first-generation Phoenix system can pack as many as 100 qubits and also that they are said to be ‘exceptionally’ stable with long coherence times. If this is indeed true then the supercomputer has extreme performance potential.

According to sources, Atom Computing’s Phoenix is capable of trapping 100 atomic qubits (of an alkaline earth element) inside a vacuum chamber with optical tweezers. The quantum states of atomic qubits will then be manipulated with lasers. It also claims of its qubits are remarkably stable and have very long coherence times (i.e., over 100 ms).

“Quantum computing has accelerated to a point where it is no longer 10 years out. The scalability and stability of our systems give us confidence that we will be able to lead the industry to true quantum advantage. We will be able to solve complex problems that have not been practical to address with classical computing, even with the exponential performance gains of Moore’s Law and massively scalable cluster architectures.”

Atom Computing has appointed a new CEO and President, Rob Hays who has previously served for 20 years at Intel, developing the company’s Xeon roadmap. He ha also worked at Lenovo, where he developed the company’s strategy for data center products and services.

Previous article“The Chair”: The trailer of the Upcoming Comedy series has been released
Next articleTCS will be sponsoring various marathons across the globe spending $320 million

Quantum computing and how it will be crucial against crypto, Read the 6 important points below