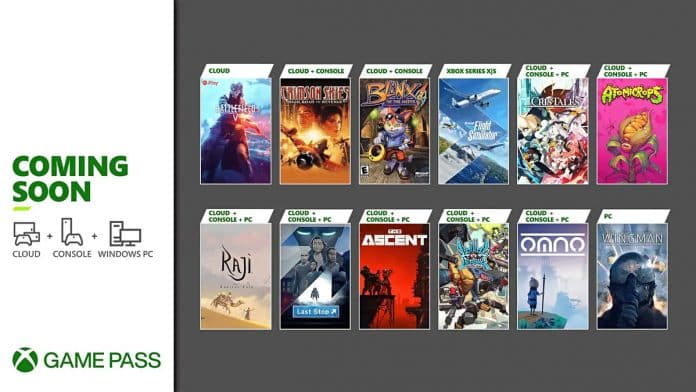 Microsoft isn’t stopping to add new titles to its ever-growing Xbox Game Pass library that lets you game on any device including your PC, console and even cloud gaming. However, users could get excited about the new games that will be landing on Xbox Game Pass as it contains the biggest titles which have been added in the last couple of months.

It contains newly-released titles, including The Ascent, Cris Tales, while the console version of Microsoft Flight Simulator lands on Xbox. Also, you have promising indies like Last Stop and Omno, then you have the Battlefield V via EA Play and a couple of old-school Xbox games in Crimson Skies and… Blinx: The Time Sweeper.