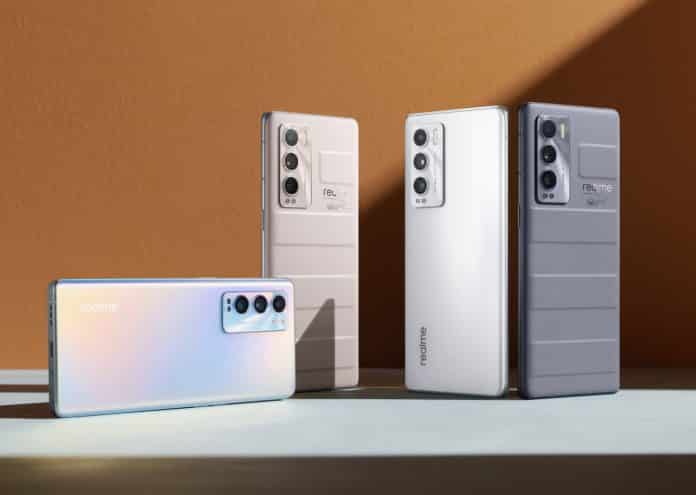 Realme has been in the news a lot lately as the brand has been releasing multiple products under their TechLife brand Dizo apart from their own devices. However, the most anticipated device has been the Realme GT Master Exploration Edition. Realme has been teasing this along with the GT Master Edition for quite some time now and we have witnessed multiple leaks and rumors with respect to them as well.

Now, we finally have a clear idea of all the specs the Realme GT Master Exploration Edition will pack. It will have a 6.55″ FHD+ Curved AMOLED display with a high refresh rate of 120Hz. The device will be powered by the Qualcomm Snapdragon 870 chipset and will run on Android 11 based Realme UI 2.0 out-of-the-box.

The GT Master Exploration Edition will have a 480Hz touch sampling rate with DC dimming, it will have an LPDDR4X RAM, Dolby Atmos sound, and a dual-stereo speaker.

The GT Master Exploration Edition will feature a triple-camera setup with a 50MP primary sensor, along with 16MP+2MP sensors. It will come with a 4,500mAh battery and support for 65W fast charging. The device has an in-display fingerprint scanner and also will come with 5GB/7GB Virtual RAM depending upon which storage configuration you opt for.

Realme has implemented the VC Liquid Cooling system in the GT Master Exploration Edition to prevent heating and the device also has a linear motor in it. It will support NFC payments as well.