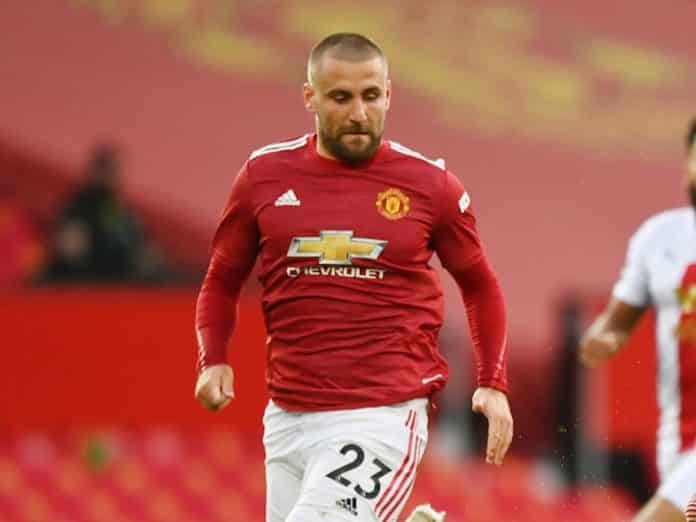 According to the Telegraph, Luke Shaw played the last three matches of his Euro 2020 campaign with broken ribs. The left-back sustained the injury in England’s Round of 16 fixture against Germany. He still provided an assist for the team in the 2-0 victory over the Germans at Wembley.

The 26-year-old proceeded to play in the quarter finals, semi finals and the finals of the tournament against Ukraine, Denmark and Italy respectively. Despite scoring his first goal for England in the finals, and providing three assists throughout the campaign, England were unable to lift the Euros.

Shaw is currently on vacation with Mason Mount and Declan Rice in Greece, and Manchester United will wait for him to return following his time off to assess the damage. Ole Gunnar Solskjaer will be without Marcus Rashford in the initial days of the season, due to the forward undergoing shoulder surgery, and could be without Shaw as well.

His alternative, Alex Telles, has been linked with a move away from Old Trafford this summer. And that is mainly due to the revival of the English full-back in recent years following his struggles with injury and for form. However, he has managed to keep the former Porto man on the bench since arriving from the Portuguese league.

Solskjaer might have to turn to Brandon Williams in the first few games if the damage is assessed to be severe, and Shaw will have to miss games. Fans will be hoping for the player to continue putting in his recent performances next season as well, without the risk of missing out.

- Advertisement -
Powered by JustWatch
Share
Facebook
Twitter
Pinterest
WhatsApp
Linkedin
Previous articleThere are now 80+ Games with Xbox Touch Controls, can now be played on iPhones, Tablets and Windows 10 PCs
Next articleWarframe is getting new features like Crossplay, Cross-save, and a Mobile port