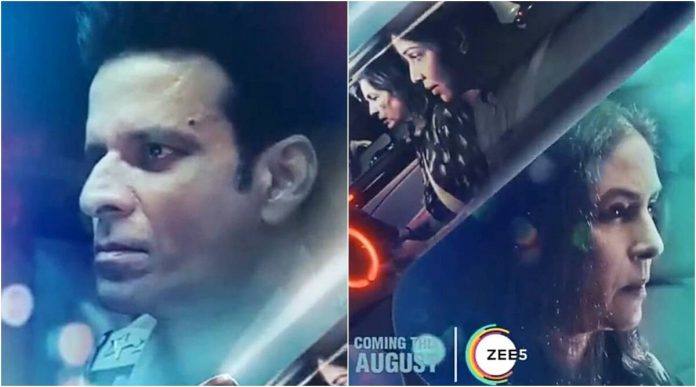 The trailer of Manoj Bajpayee and Nina Gupta’s thriller film Dial 100 has been released. It is expected that the film will be able to stick your eyes on the screen along the length of it. Dial 100 is mainly a crime thriller in which the main protagonist is time.

In this, we will see Manoj Bajpayee in the role of a police officer named Nikhil Sood, and talented actress Neena Gupta will play the role of Seema Pallav who is playing the role of a grieving mother who is seeking to take revenge for the unfortunate death of her son.

The trailer of the film starts with a cryptic call to the control room of the police with the woman on the call that she is making her intentions of hurting someone with a gun apparent. The filmmakers also have revealed Dial 100 in some words like one night, one call, that can change our lives. Expect the unexpected with Dial 100.

The story depicts that the calls are continuously disturbing to Nikhil Sood who can realize his personal connection with the woman on the phone but had failed to identify her. Nikhil Sood comes to know that it is Seema Pallav who wants to settle with him and to achieve her goal she has kidnapped Nikhil’s wife Prerna which is respectively played by the actress Sakshi Tanwar. The trailer becomes ended with the glimpse of Prerna who has been held at gunpoint due to the desperate attempt of Seema and Nikhil’s to track them down.

The film is directed by Rensil D’Silva which is respectively presented by Sony Pictures Films India and it is produced in association with Alchemy movies.