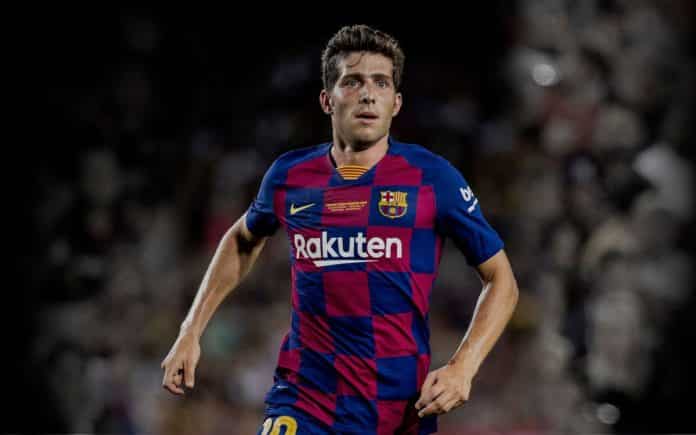 The German giants seem to be interested in Barcelona’s midfield turned right-back Sergi Roberto as per Goal.com. Bayern Munich is lining up a bid to take Sergi Roberto on loan with an option to make the move permanent as we saw with Coutinho.

Sergio Roberto is the fourth captain of Blaugranas after Lionel Messi, Sergio Busquets, and Gerard Piqué because of his experience at the club. However, in recent years, his form has deteriorated and he was not a consistent starter last season due to injuries, making only 15 appearances.

So, the Bundesliga club is in contact with the right-back’s agent via an intermediary and looking to sign a new right-sided full-back. They have also attempted to bring in his new competitors in the first team, Sergiño Dest or Emerson, but Barcelona isn’t interested to sell their emerging talents.

On the other hand, Sergi Roberto’s contract expires next summer and this is why Barcelona are not interested to give the player away for free. While Bayern Munich are looking for a right-back as both Benjamin Pavard and Bouna Sarr’s have had underwhelming 2020-21 campaigns.

Also, as both the clubs have a good relationship with each other, so, Sergi Roberto’s going to the Allianz Arena on a loan could not be ruled out just yet.

Previous articleWarframe is getting new features like Crossplay, Cross-save, and a Mobile port
Next articleSamsung Galaxy Unpacked Event confirmed on 11th August

Sergi Roberto renews with Barcelona until 2023