“Alice in Borderland(Season 2)”: Everything We Know So Far 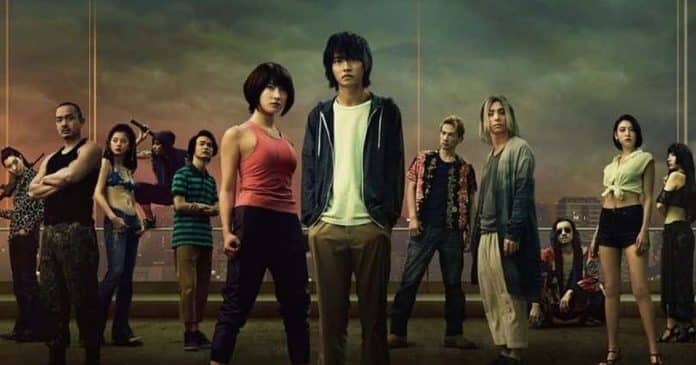 Japanese series Alice in Borderland was going to renew on Netflix at the end of 2020. It has appeared that Alice in Borderland is a Netflix Original live-action adaptation of the manga of the exact name by the author Hara Aso. It is directed by Shinsuke Sato and has been written by Yasuko Kuramitsu.

After two weeks of dropping Alice in Borderland around the world, Netflix has provided a renewal to the series like the present of the early Christmas. All the announcement has come from several social accounts for Netflix across the world.

It seems that the series will be one of the rare series that would transcend the borders and break through to the other countries.

Recently, Netflix has confirmed that 18 million households have checked about the first season within the first 28 days. According to the data of FlixPatrol, the series has performed very well in such countries as Taiwan, Hong Kong, Thailand, Vietnam, Singapore, and Japan. It has spent a huge time in most regions outside of Asia, including Canada, for 4 days.

The first season has contained 31 chapters and has left another 33 chapters to be covered. In the series, the hero, Arisu, would be dealt with a heavy hand throughout the entire first season. At first, it had arrived with two of his friends, Korube and Chota, but they sacrificed themselves for Arisu, who had the best potential to progress.

The entire climax of the season had come at the time of ten of hearts game at the beach resident who had to guess correctly who the “Witch” was. After huge infighting, a lot of competitors become killed in the confusion of the game. Still, at last, Arisu can predict rightly about the Witch’s identity by revealing it to be Momoka.

In the final moments, it has found that a woman named Mira has appeared on the screens and expresses that the games have just started and also invites all of them to compete to the upcoming level of the game. With the returning to the surface, all the competitors had a bored witness to the blimps flying hanging from under of them.

All the fans of the series have speculated originally on the 2021 release, and a big thanks to the potential easter eggs that have been seen in the ultimate moments of the first season. Many buildings have advertisements that are improbable highly for the returning of the show.

It has informed that the show’s shooting will begin from the middle of the July based on the production company. It also ensures that the series would not wrap its filming for the second season until late December 2021.