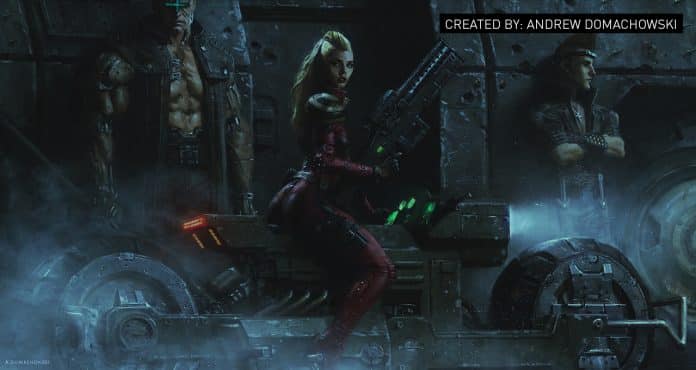 Top game artists, producers, developers and designers are coming together this week for the annual Game Developers Conference. As they exchange ideas, educate and inspire each other, the NVIDIA Studio ecosystem of RTX-accelerated apps, hardware and drivers is helping advance their craft.

Developers can create better-looking games, in less time, without worrying about their systems crashing, with NVIDIA Studio.

DLSS SDK 2.2.1, the latest offered by NVIDIA and built into Unity 2021.2, brings a new blueprint function to enable the optimal image quality for a particular resolution, called “Auto” mode. There’s also an optional sharpening slider so developers can further tune their visuals.

NVIDIA Omniverse is a platform for 3D content creation and collaboration. It was built from the ground up to be easily extensible and customizable with a modular development framework. The platform includes ready-made Omniverse Apps like Machinima and Audio2Face, plus a collection of over 200 Omniverse Kit Extensions, small pieces of code purpose-built to achieve a specific task.

Game developers can use the prebuilt apps or extensions, or easily build their own tools on Omniverse Kit, a robust system allowing coders with basic programming knowledge to build extensions, apps and microservices to assist in content creation pipelines.

Developers can learn more about Omniverse in the GDC session Collaborative Game Development with NVIDIA Omniverse, taking place from 8:30-9:30 a.m. PT on July 22. The session will feature tips on collaborative workflows between leading industry applications such as Unreal Engine 4, 3ds Max, and Maya, plus an introduction on how to build on Omniverse Kit. Interested developers can register here.

The Studio Advantage, Built for the Bold

NVIDIA Studio ushered in a new era of creative performance with laptops and desktops purpose-built to power the world’s most innovative minds. Packed with industry-leading RTX GPUs, these machines deliver unprecedented levels of computing power.

Perfect for students heading back to school, Studio laptops accelerate more than just the latest game engines, they power dozens of applications in STEM — including engineering, computer science, data science and economics applications — plus the app’s creators rely on. The latest selection of Studio laptops can be found in the Studio Shop.

Together with the game engine and creative app developers, teams of testers and engineers are continually optimizing the way NVIDIA hardware works with top software — enhancing features, reducing the repetition and speeding up workflows. Studio Drivers undergo extensive testing to deliver the performance and reliability developers need, helping them create blockbuster games at the speed of imagination.

This enables smoother viewport visibility, as well as the ability to render at lower resolutions, enabling higher framerates, using AI super-resolution to upscale the image to equal if not higher visual fidelity.

Together with AI denoising in the viewport, RenderMan XPU enables artists to interactively create their art and view an image that is predictive of the final frame render.

Crucially, eliminating the need for an expensive high-frame-rate camera.

Finally, gamers and content creators who use Discord to collaborate and share content with friends can use the new NVDEC integration, exclusive to NVIDIA GPUs, for accelerated video decoding. This lets them share screens and stream over Discord with reduced resources for video and results in better gaming performance.