“30 Rock”: Netflix has confirmed the returning of the show 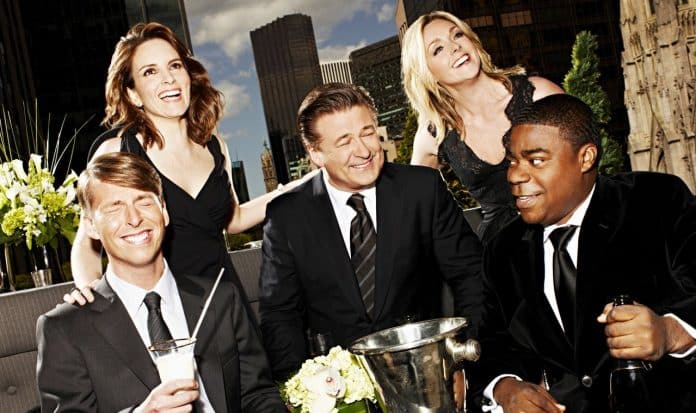 Netflix has confirmed the return of 30 Rock in the United States left the service in October 2017. It is just like a bit of surprise license for Netflix that has been provided that NBCC Universal has everything but also got deleted its library from Netflix in current years.

It is informed that the entire 7 seasons that have been expanded with 135 episodes in total were seen last time on Netflix a long time before pulling towards the ending of 2017. Among all the NBC shows, this 30 Rock that also came to Netflix is also a part of their seemingly revolutionary deal back into 2007 for the show’s suite from NBC to the brand new Netflix’s “online” service.

All of them once again are coming for 1st August 2021. It was confirmed for the first time on Netflix US’s socials. The entire sitcom has arrived from Tina Fey, who has featured alongside Tracy Morgan, Jane Krakowski, Jack McBrayer, Scott Adsit, and Alec Baldwin.

Indeed, Netflix is definitely not the home of 30 Rock. This will be already available to the host of the other services included with Hulu, Amazon Prime Video, and the universal flagship of NBC, the Peacock streaming. It is available in both free and also premium tiers.

It is still unclear whether the sets a precedent for some other NBC shows, Netflix US, that has been lost in the current years. Netflix wanted to keep The Office which had been departed on 1st January 2021.

In recent years this thing is just like a bit of departure for NBC Universal. In current weeks a lucrative deal has been signed for Universal’s animation slate that is contained with both DreamWorks and Illumination and has been secured some back library titles over the next few years. They also have followed most of the other major platforms that pull their content, favouring their own service.

Some other works of Tina Fey’s can be found out on Netflix. Kimmy Schmidt still exists on Netflix, having four full seasons and also have an interactive special. We will see Fey has starred in the Wine Country that could release in 20019 that Amy Poehler wrote.