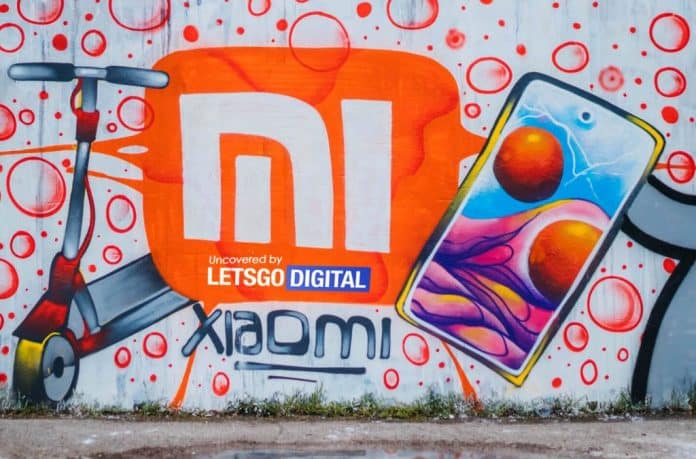 Xiaomi is at present developing a clamshell foldable smartphone with a dual-selfie camera and a triple-rear camera. The smartphone pioneer had announced it will release its first foldable smartphone, the Xiaomi Mi Mix Fold which has an eerily similar resemblance to the Samsung Galaxy Z Fold 2. Xiaomi may not be done yet, they could possibly announce 2 more foldable devices this year. One of these upcoming devices will possibly be a clamshell model, like the Samsung Galaxy Z Flip. The official name of the device is not yet known, for now, it appears to be called the Xiaomi Mi Mix Flip.

Xiaomi has patented a flip-phone with a pop-up camera and earlier it had also patented a clamshell model with a small second display. Xiaomi has again been granted a patent today, for what appears to be a cheaper model.

Xiaomi received a patent on 2nd July for a foldable phone with a clamshell design, a double punch-hole camera, and a triple-camera set up in a circular layout at the back.

This device will feature a modern look, in the unfolded position, the screen edges are slightly wider than regular Xiaomi devices. A wide hole has been made in the top left corner for a double punch-hole selfie camera. Xiaomi is looking to target the younger generation with this device.

This particular model does not appear to have a cover display, which is why we can expect the device to be cheaper than the Galaxy Z Flip.

Looking at the rear, we see the island camera setup, three camera sensors integrated within a circular setup. The camera is similar to the Redmi Note 9t. On the right side, we get a glimpse of the power buttons and the volume buttons. The SIM compartment, USB-C connection, and speaker are all located on the bottom of the device.

It is unknown as to when the Xiaomi clamshell model will be introduced, since the device is still in its early patent stages, we may see it towards the end of the year or at the beginning of next year. The Mi Mix Fold, Xiaomi’s phone is only available in China at present.

Xiaomi has also filed another patent for a clamshell model with The Hague Design Bulletin, a part of the World Intellectual Property Office. It was granted on the 9th July 2021, an extra-advanced model, compared to the initial design.

When flipped, the phone includes the dual punch-hole cameras but when closed, a number of remarkable differences are noticeable. The model has a large dual camera with flash. It hardly protrudes from the housing, so it may be a wide-angle and ultra-wide-angle camera.

A small cover display is right next to the camera system, useful for incoming notifications. The second screen can also be used as a viewfinder when taking selfies. Owing to the integration of a cover display, the user will not always have to unfold the device, which improves user convenience.

Again, we do not know when Xiaomi will release the smartphone, Xiaomi may decide to release an extra cheap Lite variant for this device as well. We will have to wait and watch for Xiaomi to release more information pertaining to this device.