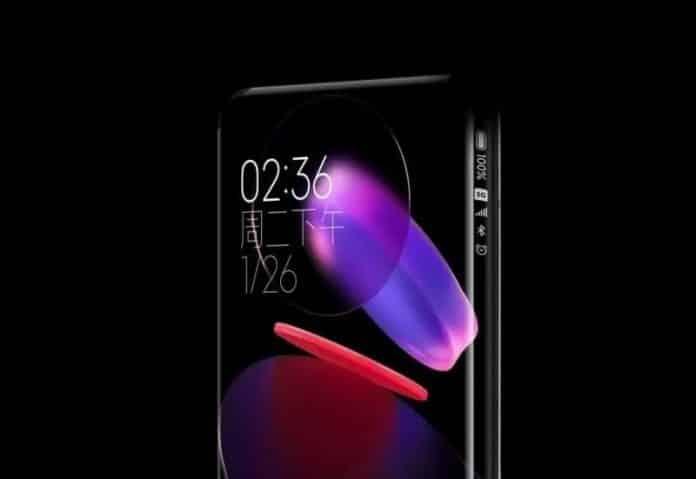 Known tipster Ice Universe has shared some images of how the Xiaomi Mi MIX 4 will look like. It is revealed that Xiaomi will include the under-the-display camera in a way that won’t be visible to the naked eye when not in use. From the looks of it, all you can see is a full-screen display, without traces of any other elements.

But this will be at a cost of some display compromises. As suggested previously, the upcoming high-end phone is expected to come with a Full HD+ screen resolution instead of Quad HD+. It is also expected to use a dual-curved display for some cost-cutting.

It might also ditch a high refresh rate. The display panel is expected to be sourced from Huaxing Optoelectronics.

Another tipster on Twitter, HoiINDI Posted Some renders of the Mi Mix 4 that suggest a dedicated display on the back of the smartphone. The display appears to be placed next to the rear camera setup. It is similar to the Mi 11 Ultra with a 1.1-inch OLED display on the right side of the rear camera module. However, the secondary display seen on the Mi Mix 4 looks bigger than the one available on the Mi 11 Ultra.

On the specifications front, the Mi MIX 4 is rumored to have a Full-HD+ display and Qualcomm Snapdragon 888 SoC. The smartphone is also speculated to house a 4,500mAh battery with support for 120W wired charging and 80W wireless charging. Further, it is said to come with ultra-wideband (UWB) support.

The Mi MIX 4 launch has been confirmed since February, although Xiaomi is yet to announce the exact launch date. The rumor mill, however, shows That the new model in the Mi MIX series may debut with MIUI 13 in August. Xiaomi brought the Mi MIX 3 in October 2018 which got an upgrade in February 2019 as the Mi MIX 3 5G.