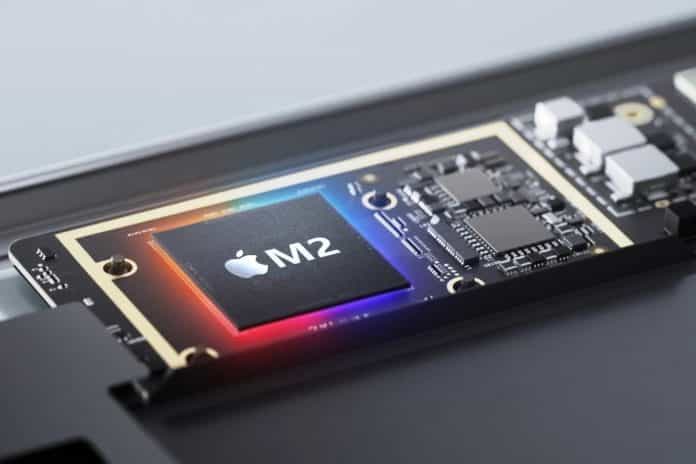 Apple’s M1’s successor will be its new M2, and reports have previously indicated that the Cupertino giant plans to launch the chip this year. However, due to some issues, the release of the new silicon was delayed. According to sources, the new Apple Silicon will arrive in 2022, along with a new product.

According to reports, Apple plans to introduce the M2 in early 2022 or most probably during the second half of 2022. In the report, it is also mentioned that it may be introduced with a 2021 MacBook Air.

It also speculated that Apple might be planning to use mini-LED technology on the new MacBook Air, and according to rumours, the new model will be out in 2022. We found that Apple’s upcoming silicon, the M2, could be made on the same architecture as the A15 Bionic from the recent leaks. A15 Bionic will undergo mass production starting in May next year and will use TSMC’s advanced 5nm process node.

However, recent reports have also revealed that the core count of the M2 could be lower than that of the M1X, which is new custom silicon that will arrive in this year’s MacBook Pro line and Mac mini. However, since the M2 will be sporting a new architecture, we can expect that the company could tweak the cores to run at a higher frequency, resulting in improved performance for the 2022 MacBook Air.

But all this information about Apple’s new silicon is only based on rumours and speculations and should be taken with a grain of salt. As what will be the performance level of M2 and M1X will be known once the chips are available for real-world performance tests.