“The Witcher”: Netflix reveals Latest Update Ahead of WitcherCon in July 2021 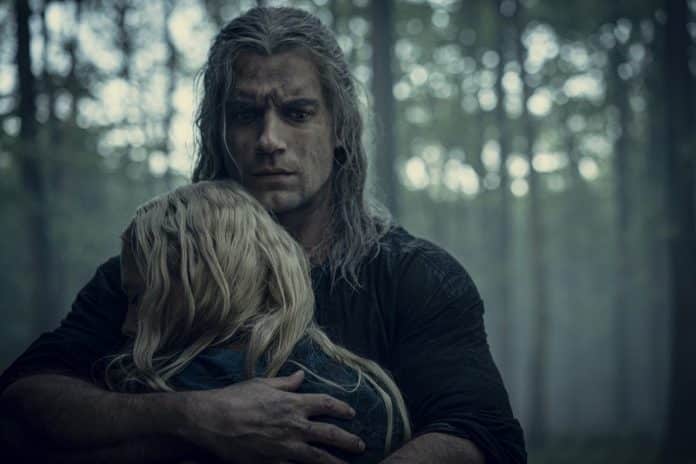 The filming of the second season of The Witcher series has been wrapped up three months before. As we are waiting for the release of the latest season, we have been tiding by the number of leaks and also some official marketing tidbits. It has promised more updates at WitcherCon by the end of the week.

At the ending of the Geeked week, the OTT giant finally delivers the first teaser of the second season of The Witcher. This teaser is mainly centered on three main characters: Princess Ciri exiled from Freya Allan’s. There are several interesting facts contain with the first good look at Kaer Morhen.

The descriptive teaser of Ciri is the first that has been released on Netflix and was featuring Henry Cavill. Like the first teaser, it also brief but filled with several interesting details. The Geralt and Ciri teaser literally has dropped the question about the teaser of Yennefer, it has been heard that Netflix is yet to expose a teaser featuring Anya Cahlotra. It is assumed that it has been saved for WitcherCon.

Netflix has partnered with the popular game developer CD Projekt RED on 9th July. In the first WitcherCon. It is informed that this will feature several panels like interviews and panels starring showrunner, cast, and key game developers.

The Witcher (Season 2): Deck of Destiny

The Destinies stuck while the cast and the showrunner of Netflix’s The Witcher have drawn cards from the enigmatic deck of the questions of fans which will determine the path of the panel and also the actual fate of the guests. There are no ordinary cards for revealing surprise, backstage insights, and a dash of chaos.

Yennefer of Vengerberg and the princess Cirilla of Cintra also have experienced some extraordinary challenges and also changes in the first season. It is just the beginning of their evolution. The actors are looking back to the journey of their character and the preview stored for the second season.

In this, we will see that the Witcher Masterminds will meet with the key creators of The Witcher games and also The Netflix series collaborate to test their knowledge of the wider universe of The Witcher.

It has been heard that to close out WitcherCon, Henry Cavill will sit down with the moderator Josh Horowitz for an in-depth conversation of fantasy, destiny, and the wider Universe of Witcher. There may have a surprise for the White Wolf.

It has been found that the iconic Studio Mir has taken us to behind the scenes of their brief work on this latest anime movie, The Witcher: Nightmare of the Wolf has shared as they had adapted The Witcher Universe into the animation form for this incredible journey. It is also highlighted that there are also many panels on the way at WitcherCon.

There are also two spinoffs that are produced by Netflix in the Witcher universe without the main series. First is an incredible live-action prequel set for 1200 years before the Geralt. Yennefer and also first meet of Ciri. This summer this six-episode series has set to start its production with the confirmation of two cast members. Now we will reveal the better characters of this show:

1.Eile ‘The Lark’Lithe- It an elite warrior with the voice of the goddess. She has left her clan and also the position of Queen’s guardian just to follow her heart to be a nomadic musician. There is also a grand reckoning that has been forced her to come back on his way of the blade in her quest due to redemption and vengeance. We will see Jodie Turner-Smith in the original cast in the role but step down for some scheduling issues.

2.Fjall ‘Stoneheart’- Laurence O’Fuarain has announced for the first time through the Twitter account, it was revealed that Fjall was born into the clan of warriors sworn to protect the King, he was scared of the death of the loved ones who had felled in the fight trying to rescue him, it is a scar that would not let him settle or give him peace with himself.

3.Princess Merwyn- She is intelligent and sharp-minded behind the mask of a feckless girl just like the flower that no one even imagines had poison blooms beneath the thrones. She was brought up as a chess piece to be married off and also forgotten. She knows to appear as a docile.

4.Captain Eredin Breacc Glas- All the Witcher game fans may remember this king of the wild hunt has a spectacle group of riders that had appeared sometimes in the sky, according to the common superstitions. He belongs to the eleven race from another world who is known as the Aen Elle and his role is still unknown in the Blood Origin but it seems that we will see completely different Eredin from the one that we have met.

5.Chief Druid Balor- The characteristics of this role are still unknown but Netflix is looking for a prolific actor for this role. All the previous offers are included with Pierce Brosnan, Dijmon Hounsou,  and Hiroyuki Sanada.

‘Nightmare of the Wolf’ prequel of The Witcher

It is the second spin-off and also an animated film that will focus on the old mentor of Geralt. The series follows that Vesesmir who is a headstrong teen witcher relishes his job and the earthly profits that he reaps in doing that others cannot do. It is expected that Vesemir will face the crisis of the conscious while a new power has threatened the Continent and forced him to reevaluate.

Vesemir will be the live-action debut to this second season that has been portrayed by Kim Bodnia, it seems that the animated film will release before the second season. It is confirmed that the film will be directed by Kwang II Han the director of the Boondocks and The Last Airbender. Kwang has joined the animators of Studio Mir and the scriptwriter is Beau DeMayo with the coming showrunner Lauren Hissrich. Hissrich told that there are3 some things that he also wanted to know about that it has taken to become a Witcher, the journey of Geralt to become a witcher.

The writer Beau DeMayo told that this would definitely give the fans a new unique experience that he hoped would make them feel like arriving at The Witcher for the first time. He is also very excited to know the reaction of the fans.