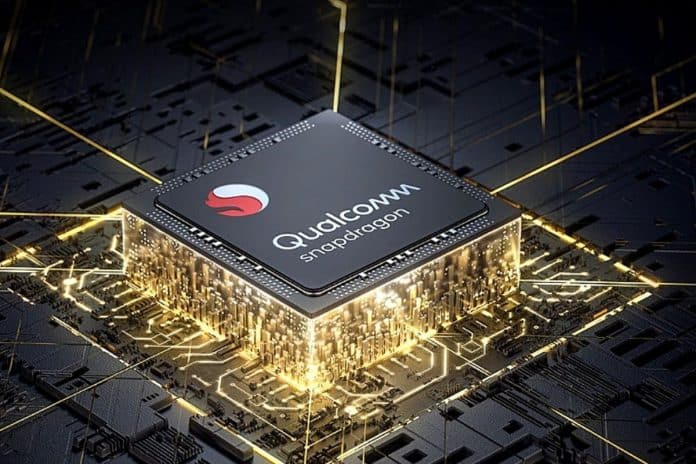 The upcoming flagship chipset of Qualcomm, the Snapdragon 895’s specifications, have leaked online. The chipset was previously referred to as the SM8450, and for a while now, we had some adequate information about the chipset. However, a new online leak reveals the CPU cluster in detail. The results suggest that even with single and multi-core results seen on the new Snapdragon flagship, the chipset still lags behind Apple’s A14 Bionic.

The Snapdragon 895 is expected to feature the following CPU cluster, according to an image shared by tipster FrontTron.

According to sources, the newly leaked information states four Kryo 780 cores based on the power-efficient Cortex-A510, and they will be divided into a 2 + 2 cluster. However, whether this information is correct will be revealed once Qualcomm officially announces the specification.

It is also being revealed that the smartphones fueled by the Snapdragon 895 will also support 100-watt fast-charging. Coming to the leaked test results, Snapdragons 895 obtained 1250 in the single-core, and the chip achieved 4000 in the multi-core results.

In a similar benchmark, previously Apple’s powerhouse, the A14 Bionic achieves 1596 in single-core test and 4027 in multi-core results. Qualcomm’s latest chipset, for now, doesn’t cross the test results of Apple’s A14 Bionic.

However, if the Snapdragon 895-powered flagships achieve the same scores in the official benchmarks, then there will be hope for the new chipset. For now, at least Qualcomm’s upcoming SoC is only marginally slower than the A14 Bionic in the multi-core category.