“Assassin’s Creed”: All the Latest Updates about this Netflix Project 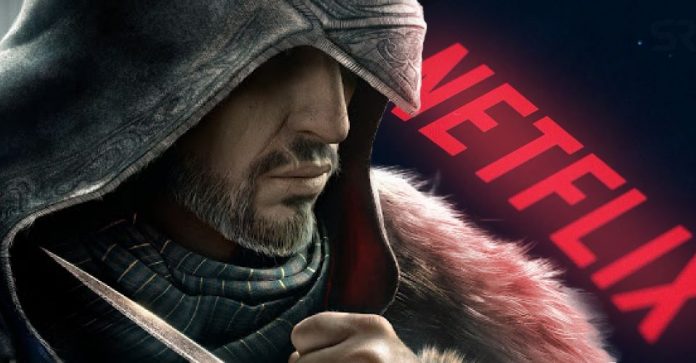 It has seen that just like then other video game franchises, Netflix is set to combine all-in with popular Assasin’s Creed with several projects that are recently under development for Netflix. It is extended with 11 games, countless books, and also even as a Hollywood blockbuster, Assasin’s Creed has come forward of the pop culture for over some time.

We have to back in October 2020 while Netflix just has officially announced that they had collaborated with Ubisoft for the latest projects within the IP. The announcement was not provided much detail. Over the last few years, Netflix is creating big films on video game IP with the expensive upcoming lineup. They have also collaborated with Ubisoft before with the upcoming adaptation of Netflix like Beyond Good & Evil, Splinter Cell, and The Division too.

It is expected that Assassin’s Creed will also get the same treatment on Netflix like The Witcher as that show also has the main series, a spin-off, and an animated series in the works. It has been promised to the original announcement by saying that adaptations of live-action animated and anime series are under process. They are also yet to get a showrunner on the board. It can change as in April 2021 in the interview it said that the team had secured a couple of talents for the series but also enthusiastic to stress that they are taking their time to this project.

It has informed that the live-action series that spearhead this incredible game on Netflix is actually what is the first time launching with the animated project that has taken a backseat to permit the studio behind that to concentrate on their active projects.

There are the two names that are definitely attached to the several projects of assassin’s Creed are the executive producers Jason Altman and Danielle Kreinik. Jason Altman has served as SVP, Filming Head and Television at Ubisoft but also has the most in the video game world for the long period of his career. In January 2017 he has taken his new role for the first time in TV. He also was the part of Mythic quest and the latest Werewolves Within.

In the entertainment section, Daniel Kreinik has spent a long career also have worked at Thunderbird Entertainment who has developed popular Some Assembly Required for Netflix and Endgame for Hulu. Since July 2017, she is working for Ubisoft as the Television Development Head and has worked on Mythic Quest for the Apple TV+.

It is reported on the backburner that there is the internal studio of Ubisoft who is working on Raving Rabbids and are recently very tough at work on a Far Cry animated series that was announced in October 2019 and assumed to be called captain Laserhawk: A Blood dragon Vibe. It is still unknown that how much time Far Cry will take to develop and we also don’t know about shifting the focus on the Assassin’s Creed.

It is informed that in the middle of June 2021, Variety exposed Jeb Stuart to be on board to serve both the writer and also as the showrunner of the action series. This 65-year-old write is well known for his brilliant work on Die Hard and also Fugitive. This popular writer is also behind Netflix’s new series Vikings: Valhalla.

Lessons from The Michael Fassbender’s Film

It is not the first that anyone is trying to bring the Assassin’s Creed franchise on the big screen and also according to the people on the projects of Netflix, some big lessons from the 2016 film directed by Justin Kurzel that is distributed by the 20th Century that has been learned by Fox. On the basis of the film transmedia director, Aymar Azaizia said that they had learned a lot from the film and had a really strong team, behind it, and he was super hopeful and also super happy for the format.

He thought the TV series format worked better to craft the story of the Assassin’s Creed. He also said that you had to pack so many things for newcomers in a film and you had to deal with multiple timelines, Assassins, Templars, Isu. You have to come up with something which is cleaner you also can have a TV show where you definitely can throw it with a different style and just take your time.