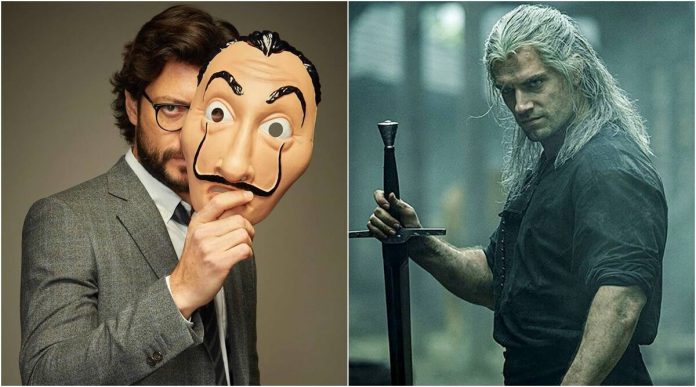 This June, all the OTT platforms will release all categories of the web series, whether it is a thriller, rom-com, action, or horror.  In this week of July, several series on which audience have shown their love by watching mostly.

This series revolves around the story of a detective Seargent Steven “Steve “ Arnott who is a firearms officer who has led an operation to track the Islamic terrorist who has intended to detonate a bomb but the entire team entered into the wrong apartment and shot an innocent man.

It is a historical drama series. The story of this series is based on the explosion of the great Viking Chieftain Ragnar Lothbrok and his team. It also tells about his family and sons as he becomes the king of the tribes. He is a very brave warrior who was a direct descendant of Odin, the god of war, and also warriors.

This web series is known as one of the top ones for over a year. The series takes place near the fictional continent of Westeros. The story of this series has started when King Robert arrives at the northern castle Winterfall to tell Ned Hand for his right-hand assistant, or the Hand of the king as his previous hand was died due to some strange circumstances.

It is an upcoming American supernatural drama series. The story of the series has been centered on the passengers and also a team of commercial airliners who become reappear after presuming dead for more than five years.

It depicts the story of a suburban mother who has taken a fantasy-charged trip that is down to the memory lane that has set her very present married that has collided to the course with her past of the wild-child.

It is the most popular crime drama series on Netflix as La Casa de Papel. It is renowned to be the biggest heist in history. It is based on the story of eight thieves who take hostages and also have locked themselves in the Royal Mint of Spain as they are attempting to execute the most perfect robbery in the history of Spain. There is a mastermind behind this heist who is known as a professor. This series contains 2 seasons.

It is an upcoming animated series based on adult swim about the huge adventures of Rick a brilliant alcoholic and also a careless scientist with a grandson named Morty who is an anxious 14-year-old boy not so smart.

The story of the series is based on the tale of a small town named Vik in Iceland. In Iceland, there is a volcano named Katla that erupts and disturbed the life of Vik. It is not the end, it has also seemed that the volcano has also erupted several times from the pre-historic times. It is very unfortunate that the items are not natural and happened some catastrophic events.

In this new series, we will see Loki catches up by the bureaucratic Time Variance Authority after getting teleported with the Tesseract in Avengers: Endgame and also diminishes the existence of the Time Variance Authority. He said that the timekeepers have built quite the circus, and he saw the clowns playing their parts of perfection.

He claims in his swapping with the TVA’s Mobius M. Mobius that he does not only sound smart but he is actually smart. In this, we will also see a new name to distinguish the Loki of this show who is a different variant from the original timeline version who was died in Avengers Infinity War.

It starts with a voice-over expressing that humankind is no less than God due to giving birth and creating another human. Then, we have seen a man named Ipsit Nair who has a computer memory. We will also see the Bollywood superstar of Harshvardhan, who has encountered a God woman and wondered at her popularity.

In this, we will see The Family Man 2 start Manoj Bajpayee, who is playing the role of Musafir Ali. He is a ghazal singer who is struggling to get back his lost fame. But, on the other hand, Kay Kay Menon has a stable job, and he wants to create art as a makeup artist despite his job.

This series depicts the incredible journey and also multiple impacts of the characters. The voice-over has ended with a warning that says that whenever a man starts to believe himself to be God, he must have a major downfall.