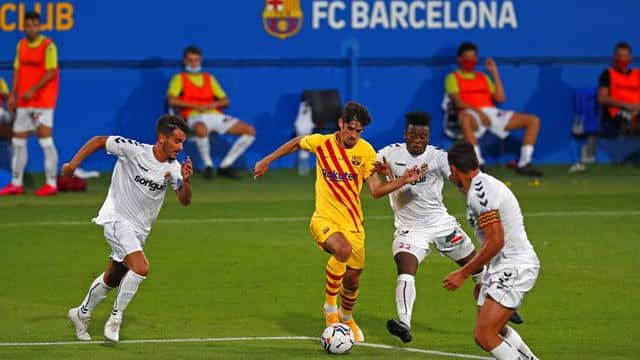 Barcelona have loaned out Portuguese winger Francisco Trincao to Premier League club Wolves until 2022. They also have the option to buy the player if they find him to be a good fit for the club.

Trincao featured in 43 games for Barcelona in 20/21, scored 3 goals and provided 2 assists across those appearances. He only joined the club in 2020, and a year later, is on his way to the Molineux to take up a new challenge in the form of the Premier League.

The Spanish club have signed numerous players this season, with Sergio Aguero, Memphis Depay and Eric Garcia all joining the club. Given that the two prolific attackers will be expected to start every other game, it is a wise idea to send a talented young winger like Trincao out on loan to have some game time under his belt and develop further.

The attacker is the second Portuguese Barcelona player to be sent out to Wolves following Nelson Semedo, who has featured regularly for the club in 20/21. Trincao will be a key choice for Bruno Lage, Wolves’ new boss, and he has a great chance to prove himself in the biggest league in the world.

According to sources, the jump from Portugal to Camp Nou has been deemed ‘too big’ by the people around the player. He hasn’t been able to manage his mindset well, and a spell at a comparatively low-pressure club like Wolves could reignite the best in him.