Escape from Tarkov gets NVIDIA Reflex while DLSS arrives on Rust 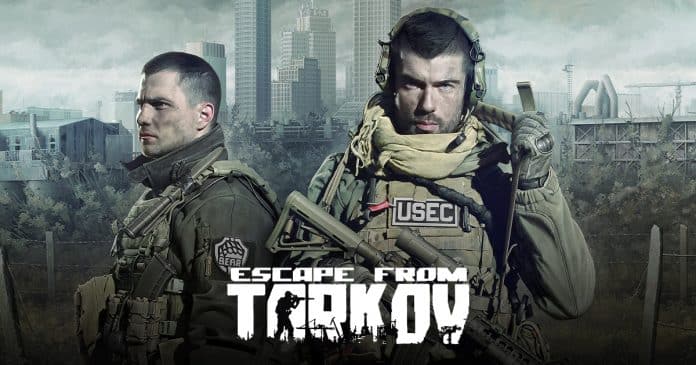 NVIDIA today has announced two new games that will be added to its ever-growing library of games – one getting DLSS support and the other getting Reflex support. Here’s the official press release:

Today brings more news for NVIDIA DLSS and NVIDIA Reflex, as momentum for these two gaming technologies continues to snowball. The popular Rust, a staple on  Steam’s Top 10 Most-Played Games list, gets an update to add NVIDIA DLSS today, while Escape from Tarkov adds support for NVIDIA Reflex.

Gamers playing Rust on the GeForce RTX gaming platform are getting an instant upgrade today too, thanks to DLSS. With DLSS enabled, Rust will receive up to 50% performance boost at 4K.

This follows the addition of NVIDIA Reflex in May, which reduced system latency by up to 38%, making gameplay more responsive, and players more competitive..

With both DLSS and Reflex, GeForce RTX players are getting a Rust experience that is second to none – with low latency thanks to NVIDIA Reflex and blazing fast frame rates without sacrificing image quality thanks to DLSS.

“In Rust, split-second reactions can be the difference between life and death, with NVIDIA DLSS offering our players a performance boost, without sacrificing visual quality and a better overall experience, it’s a win-win.”

Battlestate Games’ Escape From Tarkov is an extremely popular hardcore first-person tactical action game. With the update to Escape from Tarkov and upcoming support in CrossFire HD, NVIDIA Reflex latency-reducing technology will be supported in 12 of the top 15 competitive shooter-based games.

With the latest patch and a click of a button, system latency will instantly be reduced by up to 38%, greatly improving responsiveness.

Being a fraction of a second late on the trigger is the difference between winning or losing the engagement, so reducing system latency can be a huge boon for Escape from Tarkov players. With NVIDIA Reflex, system latency is reduced, making it easier to target enemies and improve your PC’s responsiveness. It is essentially a free upgrade to a huge number of GeForce gamers.

Previous article“Blood Red Sky”: A film depicts the fight of a mother vampire against some Airplane Hijackers
Next articleWhat will Nuno Espirito Santo bring to Tottenham?