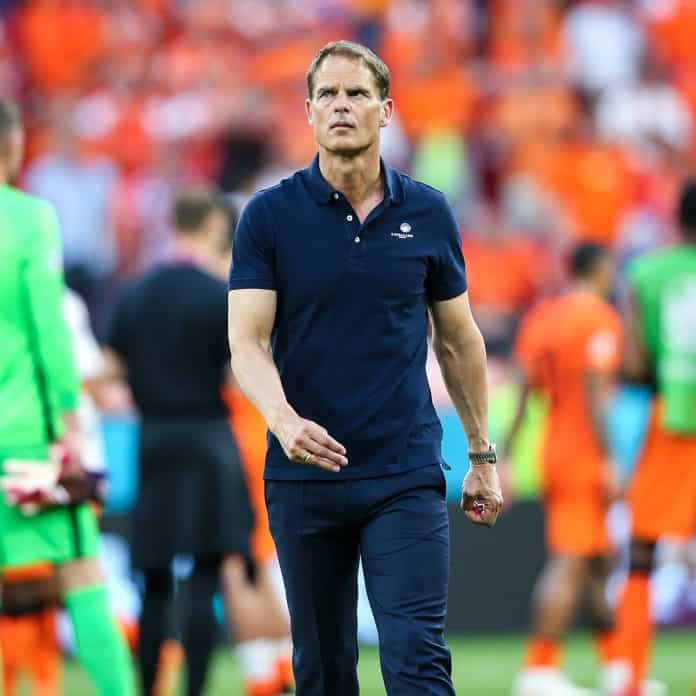 Netherlands football board have announced that they have parted ways with Frank De Boer following their elimination from Euro 2020. The 51-year-old has spoken out on the decision as well, as reported on the official website of Netherlands football.

“In anticipation of the evaluation, I have decided not to continue as national coach. The objective has not been achieved, that is clear. When I was approached to become national coach in 2020, I thought it was an honor and a challenge, but I was also aware of the pressure that would come upon me from the moment I was appointed, that pressure is only increasing now, and that is not a healthy situation for me, nor for the squad in the run-up to such an important match for the Dutch football on its way to World Cup qualification. I want to thank everyone, of course the fans and the players. My compliments also to the management who has created a real top sports climate here on the Campus.”

Frank De Boer was appointed as the head coach of the national team following the departure of Ronald Koeman, who left to take up the job at Barcelona. Since then, he has done a good job of guiding the national team. His last contribution for them being the flawless group stage in the Euros.

Despite their remarkable performance in the group stages, they came up short against Czech Republic and lost 2-0 with a man down. Matthijs De Ligt was sent off after he handled the ball shortly after half time and things only went downhill from that point.

Netherlands have not yet announced a replacement for De Boer yet, and there has been no indication of who could take up the job next.

Top 10 managers currently without a job in 2021