Top 10 amazing facts every Wimbledon and Tennis fan should know 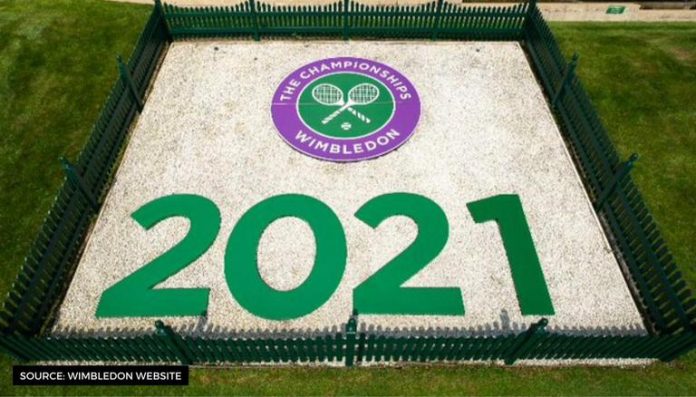 After 2 long years, Wimbledon is here! The latest edition starts this Monday after it was canceled last year due to the COVID-19 pandemic. Players including Novak Djokovic, Roger Federer, and Serena Williams are all on the cusp of tennis history. They want to add to their tally and claim the history! Tennis is all about finesse, athleticism, and tradition. Here are 10 very interesting and unique facts about Wimbledon Championships:

Most number of Aces in Wimbledon (in a single season)

The prestigious Wimbledon – Slazenger Partnership dates back to the year 1902. It is the longest-standing partnership ever in the entire history of sports sponsorships. Slazenger officially supplies tennis balls to Wimbledon.

Wimbledon began using yellow balls in 1986. About 53,000 balls have been used to date. These balls are stored at 68℉. New balls are introduced after the first 7 games, and thereafter every 9 games the balls are changed. At the beginning of the day, 48 tins are taken to the Centre and No.1 Courts and 24 tins to all the outside courts.

The “almost entirely in white” rule” was brought in in 1995. Even accessories were included in 2014. Competitors must be dressed in an all-white tennis attire from the point of entering the court premises. The decision on the suitability of a players’ clothing is at the discretion of the Referee.

Let’s see some facts about the revered Centre Court of Wimbledon.

38 courts are used to conduct Wimbledon matches in total. 18 of these are Championship grass courts and the other 20 are practice courts in Aorangi Park and at Southlands College. The Electronic Line Calling system covers Centre Court Nos. 1-3 and Courts 12-18.

Wimbledon has about 3000 catering staff serving the single largest annual sporting catering operation in Europe. Here are some interesting insights on the same.

A Harris Hawk, Rufus, has been trained by Imogen Davis of Avian Control. It visits the Club regularly to provide to make the local regions aware of a predator on the grounds. It flies for an hour on most mornings of The Championships before the gates open.

Wimbledon is also famous for boasting the largest TV Screen located just outside the Centre & Main Courts. Thousands of tennis fans come together to watch the Wimbledon matches on this LARGE SCREEN TV. The screen is 40 sq metres in size.

The stringing team of The Championships strings an average of over 2,000 rackets. Out of these 60% are for men and 40% for women. This is approximately over 40 miles of string.

Sania Mirza ends her illustrious tennis career, couldn’t hold back her tears at the Australian Open