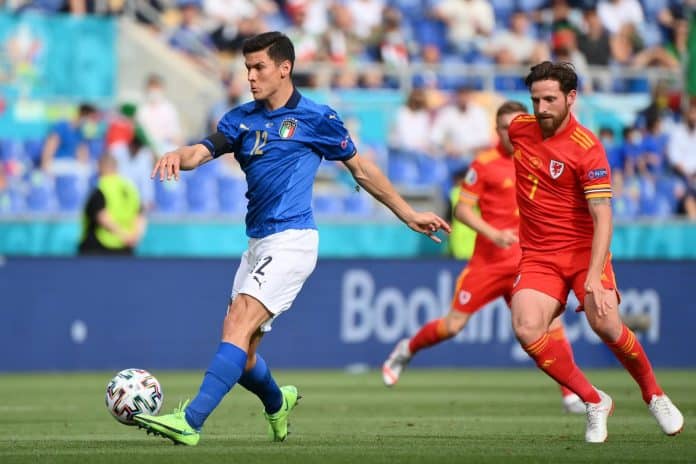 Matteo Pessina was the only goalscorer in Italy’s clash against Wales, as the home team won 1-0 to secure a perfect group stage record. They earned 9 points without conceding a single goal, and now face North Macedonia in the Round of 16.

Originally, Pessina was not even supposed to be in the squad. However, an injury to Stefano Sensi prompted Roberto Mancini to call upon the midfielder as a replacement. And his celebration after scoring the goal shows exactly how much it means to the player to score for his national team.

“It’s a fairytale for me. It was a perfect match, debuting as a starter at the European Championship and scoring is like something you dream of when you first start playing football. I won’t sleep for a week,” Pessina said.

“My example shows that those players who start in Serie C can reach the national team if they are willing to make sacrifices.”

The midfielder is the lowest-paid member of the Italy squad, earning an annual salary of €400,000 at Atalanta. He is an economics student on the side and has talked about his intentions of wanting to become a coach after his playing career is over.

“When I was young, I studied maths and geometry. They helped me open my mind and think faster,” Pessina said.

“In my position [on the pitch], a thousandth of a second makes the difference.”

The player studies Administration and Economics at the Luiss University in Rome, and could fulfill his dreams to a greater extent if Italy win the Euros.