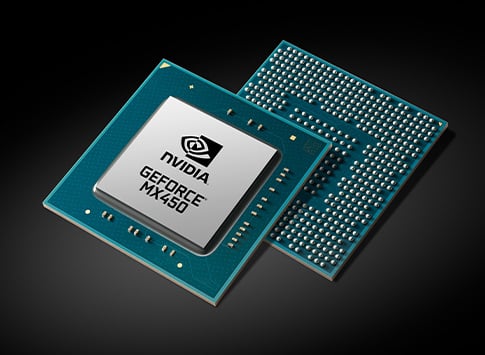 However, most of the results are usually a bit higher than retail results since many are performed under optimal conditions with developer tools. But, many of these points are sometimes absurdly high to the point where they can be misleading.

An excellent example of this is when Nvidia launched its GeForce MX450 series in 2020, the chipmaker claimed a 3DMark Fire Strike Graphics and Time Spy Graphics score of 7498 and 1677 points, respectively. However, what was added here was the Fire Strike score because the score ranked the GeForce MX450 to be 25 percent higher than even a GeForce GTX 1050 laptop.

However, the strange thing which was recently uncovered that Nvidia only offered these absurd results to laptop manufacturers. No matter how you see this sounds very fishy. But when actual real-life tests were conducting the Fire Strike score was nothing like Nvidia’s reports.

According to the latest sources, 7 different retail laptops each with GeForce MX450 graphics were tested to check Nvidia’s claims. And to the surprise of no one, the scores were significantly lower in the same benchmark run by Nvidia. When compared to the MX450 GPUs in the tested laptops it was found that it was about 40 percent slower than Nvidia’s in-house developer unit.

When Nvidia was questioned about this false data they are yet to comment on this recent development. So the moral of the story here is that when Nvidia suggests its processor performs extremely well, only believe it after seeing real-time test results of those laptops.