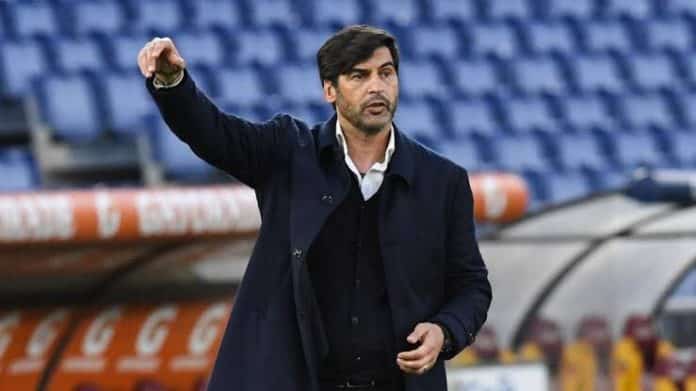 Tottenham are very close to agreeing on a contract with former Roma head coach Paulo Fonseca. The 48-year-old has been recommended by Tottenham’s new sporting director Fabio Paratici, who was the best in his role in Serie A for a very long time.

Negotiations have been going on for the last few weeks, as reported by the Athletic. And now, an agreement could be imminent with the final decision to give the green light belonging to Tottenham’s board.

If the move gets the nod, Fonseca is expected to sign a contract until 2023 with the option for another year. Italian journalist Fabrizio Romano has also tweeted that the two parties are close to an agreement and the final decision lies with the Tottenham board.

Tottenham pursued numerous candidates ever since the departure of Jose Mourinho, six days before the Carabao Cup final. Spurs academy graduate Ryan Mason was in charge for the back end of the season, and his temporary spell as first-team coach is now over.

Antonio Conte and Erik ten Hag were among the big names pursued by Tottenham since the end of the season, and now, an unlikely deal for Fonseca seems on the cards. It is rather strange, given that Mourinho has been appointed as Roma’s manager and Fonseca is set to be that of Tottenham’s since it seems like a swap deal of managers.

While Foncesca’s spell at Roma wasn’t very impressive, a move to the Premier League is a step up, and with a comparatively better squad. Hence, more will be expected from the new head coach than it was at Roma.