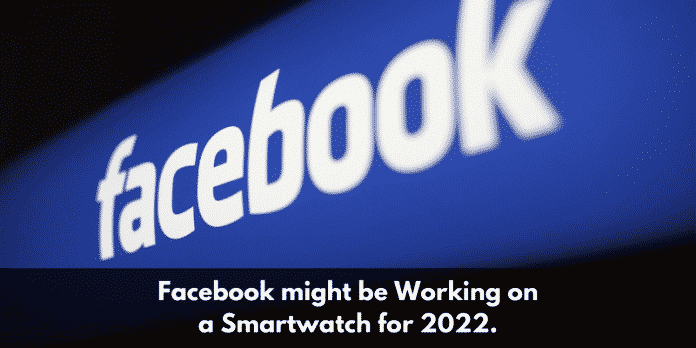 Social media mammoth Facebook is rumored to be working on a smartwatch. Facebook is planning a 2022 summer release. According to a report by The Verge, the smartwatch will boast a display with two cameras, which can be detached from the wrist for clicking photos. Interesting right? The photos can be shared across Facebook and Instagram, straight from the watch.

The smartwatch will use one of the cameras for video calling. The other one will be capable of auto-focus and 1080p video recording. Facebook is reportedly working with other partners to create accessories for the watch. These accessories can include attachments that allow the cameras to be fitted to things like a backpack. Facebook’s CEO, Mark Zuckerberg, wants the company to build more consumer devices which will help Facebook expand furthermore.

Facebook had reported a wrist-based device at the beginning of this year. The device can read electrical signals from the user’s neurons and interact with devices through gestures. This device dealt more with ambient computing and augmented reality (AR) technologies. We still cannot deny its similarity to a smartwatch in looks.

Facebook also sells Portal smart display in some markets. This is much like Google’s Nest and Amazon’s Echo branded devices. This smartwatch would not be Facebook’s first consumer device. Remember the Facebook Phone? The company tied up with HTC in 2012-13 to make the HTC First, commonly referred to as the Facebook Phone and we have come a long way since.

Making consumer devices would also help Facebook by gathering more user data. More the user data gathered by the company, the better its advertising services. There will be a concern among people to buy Facebook-built products looking at their recent history with Portal.